Working on a Chain Gang: Rye Mayor on Rock Chipping 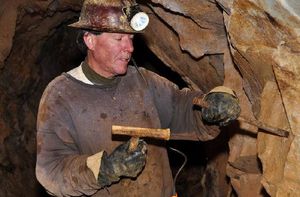 (PHOTO: Keep it down, that gives me a headache!)

The group will study, among other items, whether new or more restrictive limitations should be placed on hours, duration, decibel levels, on-site crushing, and amounts which may be removed, as well as whether greater efforts should be taken to control dust, noise, erosion, and water runoff, and to enhance safety.

“Rock chipping can be an extremely disruptive ordeal for neighbors who live in close proximity to a construction site,” Mayor Sack said. “By forming this group, we’re taking the initiative to strike the right balance in figuring ways to mitigate the impact on our residents going forward.”

Mayor Sack asked that the group complete its work and prepare options for the City Council’s consideration by December 31st.