Coverage on Marisa Curlen Death, 3rd to Die from Rye High Class of 2013

Here is a round-up of coverage on the death of Rye High School 2013 graduate Marisa Curlen. 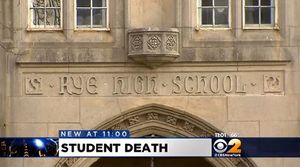 “She is the third member of Rye High School’s Class of 2013 to die.

Michael Rath, 19, a student at at Coastal Carolina University in Conway, South Carolina, was found dead in January at his apartment on campus. Peter Collins, 18, a student at Marist College in Poughkeepsie, was found unresponsive at his Rye home in July and died later in a hospital.

He works at Rye Beach Pharmacy, where Curlen also worked during high school and when she was home from college.”

–Read the rest at LoHud.com 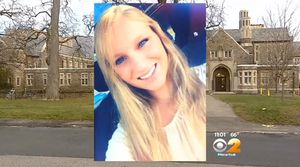 “Curlen, 20, was found dead early Friday in her dormitory room at James Madison University in Harrisonburg, Virginia. An autopsy was pending Friday night, but the cause appeared to be alcohol poisoning.

Curlen was a bright-eyed athlete — a volleyball player. The very notion that she would die in such a fashion in her sophomore year — and within months of the deaths of two other classmates who succumbed to drug overdoses – had some Rye residents taking serious stock. 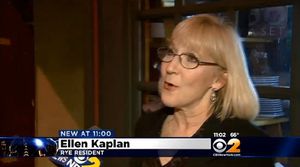 “Sadly, the reason it’s not shocking is, this is not the only town of affluent people with children that are privileged that has a drug and alcohol problem,” said Rye resident Ellen Kaplan.

At Curlen’s family home a short distance from Rye Playland, no one was in a mood to speak Friday night. A family friend said Curlen’s mother was struck silent with grief.”

–Read the rest at CBS Local

Sarah Lundberg, the president of Alpha Phi, released a statement to The Breeze Saturday night:

The Theta Iota chapter of Alpha Phi International Fraternity is deeply saddened by the loss of our sister, Marisa Curlen. Marisa was a dedicated member of our organization, offering her time and talent to our philanthropy week, service activities and sisterhood events. She was a sister who exemplified our values of sisterhood and loyalty. Together, the sisters of Alpha Phi celebrate her life, and sincerely appreciate the care and support of the FSL and JMU communities.”

–Read the rest at The Breeze (James Madison University news)