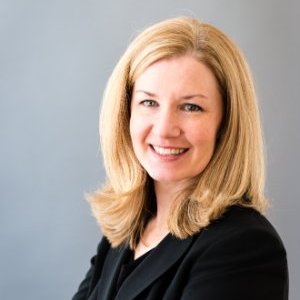 Katy Keohane Glassberg, Vice President, Rye City School District Board of Education, send in the following letter to MyRye.com in response to Bertrand de Frondeville's letter against the school budget vote. The vote this this Tuesday, May 19, 2015.

On April 27, 2015, I, along with fellow Board of Education members Laura Slack and Chris Repetto, met with Bertrand to hear about and discuss his suggested savings ideas. Mr. de Frondeville acknowledged then that the bulk of his analysis is from 2010, when he used to follow school district business more closely. He has not regularly attended Board meetings for the last two years.

Mr. de Frondeville says the Osborn Home litigation, which was settled in December 2010, was not financially beneficial to the community and asserts money was wasted on litigation fees. As a result of the litigation, the Osborn was found to be almost completely a for-profit business, not a charitable organization as they had claimed, and since that time has contributed over $1M annually to the tax base in Rye — money that would have to be paid by other taxpayers had the District not prevailed. Attorney’s fees were paid out of school taxes paid by the Osborn and reserved in case the District lost. So it is clear this litigation was financially beneficial to the District and the taxpayers.

The special education portion of the budget is unique in that it is built solely based on each student’s specific needs as determined by the Committee on Special Education. The services deemed necessary are recorded in each student’s Individualized Education Plan (IEP)and then must be delivered and paid for by the District under federal and state law. This year, Rye had more students identified as having special needs and/or students who moved into the District with special needs, therefore costs go up.

Mr. de Frondeville says Rye’s special education costs are higher than state average. You don’t have to live in the tri-state area for long to know that pretty much everything here costs more than the state average. His insistence that we simply cut costs in special education fails to take into account the legal and moral obligations of the School District.

Mr. de Frondeville says reserves can be lowered even further than the 30% that have been used in the last several budgets since 2010, when the Board started using reserves in place of higher tax increases that would have been necessary to fund the schools. His position flies in the face of advice of professional financial advisors. In fact, Moody's has downgraded several districts’ bond ratings when they have depended for too long upon reserves to pay operating costs or failed to maintain adequate reserves. This is all public and reported widely in the news. We have shared that information with him as well. The proposed 2015-16 budget is intended to raise tax revenues in order to decrease dependence on reserves.

Additionally, Mr. de Frondeville fails to take into account the legal requirement that school districts are prohibited from operating in the negative. The voter-approved budget must not be exceeded. This means, by law, there must be some money left at the close of each fiscal year on June 30. Any unexpended funds go back into reserves for future use. The fact is reserves have been used to make up the operating budget in Rye each year for the last 5 years, resulting in substantially reduced levels of reserves. He also smears, and perhaps defames, when he suggests there is anything illegal about Rye's reserves. The School District’s finances are audited every year by external auditors and every year receive a "clean" unqualified opinion. In my opinion, this accusation is most offensive.

He has also circulated inaccurate figures, claiming the Superintendent's and the Athletic Director's compensation is tens of thousands of dollars higher than it is. Now, he discounts his errors as “typos” and “rounding errors.”

I hope this helps to clarify the many problems with Mr. de Frondeville’s suggestions.