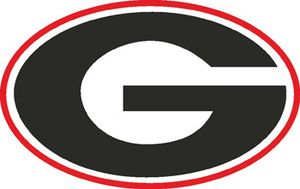 Streaks characterize the rivalry and this era was no exception. From ’83 to ’90 the Garnets swept four in a row, lost one and then won two straight. The ‘90s were totally controlled by Harrison with a 9-1 domination.

Harrison’s 6-0 victory in ’87 was preserved when Rye fell short of the Husky goal line in the final minutes of play. This was to be repeated in 1991. Time ran out with Rye on the Husky 2-inch line with no time outs and Harrison leading 6-0 in the rededication game of Rye’s Nugent Stadium.

The ’93 game once again proved that anything can happen in this rivalry. Decided underdogs to the undefeated, dominating Garnet juggernaught, Harrison’s David Beitler caught a “Hail Mary” desperation pass from replacement quarterback Rich Peperone for a game-winning, 65-yard TD and a 10-6 Husky win. Rye proceeded to the 1st-ever NY State Class C Football Championship in the Syracuse U Carrier Dome. The Garnets fell short, finishing second in NY State Class C, but “Going to States” would become another common thread in Rye/Harrison lore in the years to come.

In the ’96 classic, undefeated Harrison fell to the underdog Garnets 7-0 as Will Elmore’s TD pass to Phon Ampha was Rye’s razor thin victory margin in the Garnets’ only win of the 90s.

The Huskies commanded the ’97 – ’99 contests by a combined score of 118-14, led by tailback Sammy Maldonado, one of the best tailbacks in NY state football annals. From ’75 – ’99 Harrison controlled the series by an astounding 18-7-0 (.720) margin. To close out the century, HHS defeated reigning Class B champion, Lackawanna, to capture the ’99 NY State Class B crown.

Rye Boys Varsity Soccer put Ardsley through the saw mill on Saturday, stacking a 2-1 win over the Panthers at home. "We came out on...
Read more
Girls Varsity Soccer