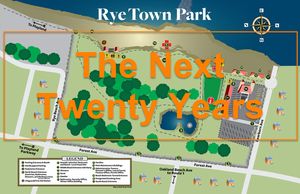 The future direction of Rye Town Park will be decided between now and June.

What exactly is going on in the depths of winter to decide the future fate of our shoreline park, the governance of which we share with the Town of Rye, and the Villages of Rye Brook and Port Chester?

A RFQ (that's request for qualifications) is out looking for folks to manage all or parts of the park for the next 20 years. The RFQ is a good primer for local residents to review to see the various assets of the park the wear there might be flash-points in the impending decisions (see below for the link).

The good news? We could actually see Seaside Johnnies replaced by a restaurant that serves edible or affordable food (fingers crossed). Also interesting? the RFQ contemplates a possible addition of up to 24,000 square feet to the administration building. 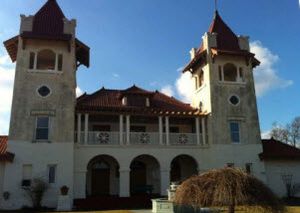 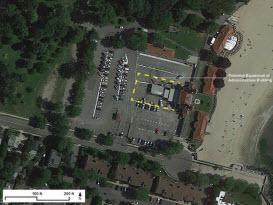 (PHOTO: The RFQ contemplates an additional 24,000 square feet being added to the admin building. Maybe for some viciously competitive beach bingo game? We don't know…)

Here is the proposed timeline:

The Rye Town Park Commissioners will decide the fate of the park for the next 20 years:

The PR issued on the RFQ process:

The Rye Town Park Commission has issued an RFQ to obtain qualifications and conceptual ideas from those interested in managing and developing Rye Town Park for the next 20 years. Proposals could contain plans for the entire park or operation of the restaurant and snack bar facilities only.

Respondents to the Commission’s RFQ have been asked to provide:

The deadline for submitting an RFQ response is 4pm Friday, March 18, 2016.  A site tour will be held on Thursday, Feb. 4th at 11 a.m.  Submissions are to be addressed to the Town Clerk, Hope Vespia  at Town of Rye, 222 Grace Church Street, Port Chester, NY 10573.  Questions and serious expressions of interest should be labeled “RTP RFQ” in the reference line and directed to: Debbie Reisner at: dreisner@townofryeny.com.

Detailed instructions about the information to be included in responses to this RFQ are in the full RFQ.  The full RFQ can be found here. Also find detailed information about Rye Town Park here.

Established in 1909, the 62-acre park includes 34 acres of beach and swimming on Long Island Sound.