Services for Pete Marshall of Rye 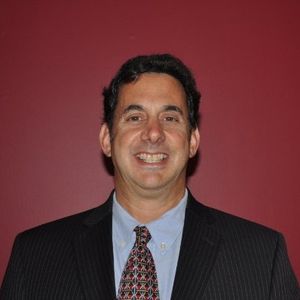 Services for Pete Marshall are as follows:

Peter S. Marshall of Rye, NY passed away on February 10, 2016. He was born on September 17, 1959 in New Rochelle, NY to Gordon and Karen Marshall. Mr. Marshall was a graduate of Rye Neck High School, Hobart and William Smith Colleges where he graduated with his BA in Economics and Iona College where he attained his MBA with honors in Finance.

Peter's career included a ten-year period as CFO of Cumberland Packaging, managing all of its products, including Sweet'N Low. After Peter's recent semi-retirement he served as a director and as an interim CFO for several organizations. Peter loved working with children and recently became certified as a teacher's assistant and worked at the FE Bellows Elementary School in Mamaroneck. Despite his many achievements, Peter's family was always his first priority; they spent many hours together and Peter enjoyed every moment of it.

Peter served his community at the Rye Golf Club as Chairman and member of the Strategic Committee; he was a Coach in the Rye Little League and also served as an elected member of the Rye Golf Commission. Peter was a dedicated family man, taking an active role in his son Jake's little league, first in Stamford, Connecticut and then in the Rye Little League.

He was married to his wife Brenda for 16 years. Together they raised their son Jake. Peter is survived by his wife Brenda, son Jake, his sisters Jennifer Marshall and Claudia Gordon and brother Andrew Marshall. He was uncle to Jessica and David Gordon, Jonathan and Jenna Kowalski, and Matthew, Elizabeth, Nicholas and Annie Bacon. He was also a cherished and dear friend to many.

The family will receive friends at the Graham Funeral Home on Sunday, February 14, from 3 PM to 6 PM. A Mass will be celebrated on Monday at the Church of the Resurrection in Rye at 10 AM.

In lieu of flowers, donations in Peter's memory can be made to the American Heart Association