It looks like the Justice Department is about to point its official finger in the Bowman Dam cyber attacks. The attacks, which took place in 2013, only came to light this past December. According to CNN, Justice has prepared an indictment and an official announcement could come in the next week.

While the dam itself is located in Rye Brook, Rye City controls the system that operates the Bowman sluice gate as it is part of the city's flood mitigation capabilities.

An Iranian group did claim responsibility back in December when the news broke. And for the duration Rye City has been fairly tight lipped. There has never been an explanation why none of this came to light in 2013.

The is an excerpt of the CNN story: 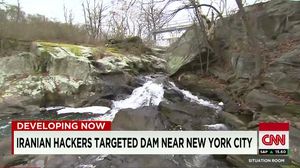 "The Obama administration is preparing to publicly attribute a 2013 cyber attack against a New York dam to Iranian hackers, according to U.S. officials familiar with the investigation.

The Justice Department has prepared an indictment against people thought to be behind the attack, according to the officials. An announcement could come in the next week.

The intrusion at the Bowman Avenue Dam, around 30 miles north of New York City in suburban Rye Brook, New York, isn't considered sophisticated — the hackers managed only to get access to some back office systems, not the operational systems of the dam, U.S. officials say. U.S. investigators quickly determined the attack was carried out by hackers working for the Iranian government.

But the attack alarmed Obama administration officials who have voiced concerns about the vulnerability of U.S. infrastructure to cyber attacks.