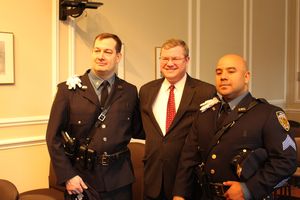 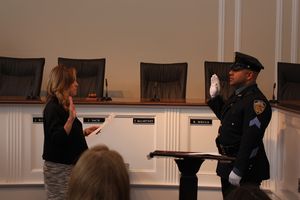 Sergeant Washco was appointed as a City of Rye Police Officer in August of 2002. Sergeant Washco is a New York State Certified General Topics Instructor, an FBI certified Firearms Instructor, and a Standardized Field Sobriety Testing Instructor. He has attended numerous operational and investigative courses throughout his career. He has frequently led the agency in summons and arrest activity. Sergeant Washco has a Bachelor of Arts in Criminal Justice from John Jay College of Criminal Justice and a Masters in Public Administration from Marist College. He is married to Jessica Troy. 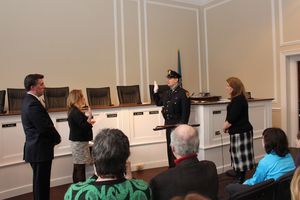 Sergeant Balls was appointed as a City of Rye Police Officer Police Officer in January of 2001. Prior to that, he was a member of the New York Police Department for two years. Sergeant Balls is a New York State Certified General Topics Instructor, a Firearms Instructor, a Standardized Field Sobriety Testing Instructor and an Active Shooter Response Instructor. He has also served as a Field Training Officer for new police officers. He has attended Iona College and Hofstra University. He is married to Vanessa Balls and they have two sons Griffin, age 14 and Garrett, age 10.

In announcing the promotions, Commissioner Corcoran said, “This is a very proud day for the City of Rye. Both sergeants are excellent police officers who love their job and the community they serve. I am confident that they will be outstanding supervisors and play a critical role as we transform the department and continue down the path of greatness. I congratulate both sergeants and am very proud of them."