Rye Playland just opened for the season and things just keep getting better. 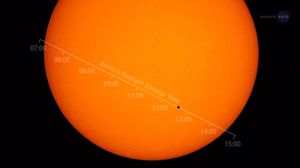 From lunch time until just before 3pm or so, you can wander down to the Tiki Bar at Playland, where a former science teacher will have special telescopes set up to show you the very unusual situation of the planet Mercury transiting the sun. 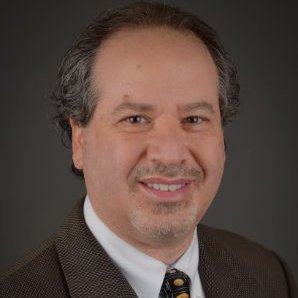 (PHOTO: Science geek Fulco is your personal concierge to the heavens on Monday.)

"…event can't be seen without a specialized telescope, said Charles Fulco, a former Port Chester Middle School teacher who's now working as a science consultant. "Since Mercury is so small, you need to use a telescope to see it, either properly filtered or by projecting the Sun's image onto a white board to protect your eyes," Fulco said. By lunchtime Monday, Fulco said he will have at least three telescopes set up by the Tiki Bar in Playland for people to see Mercury crossing the sun. He said he also talk about the scientific and historical value of transits."

NASA reports "Mercury will appear as a small black dot as it crosses the edge of the sun and into view at 7:12 a.m. The planet will make a leisurely journey across the face of the sun, reaching mid-point at approximately 10:47 a.m., and exiting the golden disk at 2:42 p.m. The entire 7.5-hour path across the sun will be visible across the Eastern United States – with magnification and proper solar filters…" And if you cannot make it down to the Tiki Bar, watch a live stream from NASA's web site.