First a Shoe, Now a Whiskey Named After Rye City

First, we had a dress shoe named after Rye City.

Now we have a whiskey. 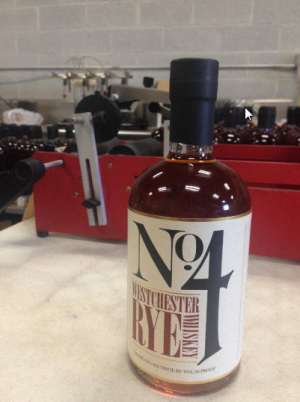 Just next door in Port Chester, the Still the One distillery on 1 Martin Place has named one of its whiskeys after Rye City. The whiskey is "Sweet vanilla and caramel notes, Cinnamon and floral rye" and "A long spicy finish" according to the creators.

As for the Rye inspiration?

"Port Chester, the location of our distillery, is situated right next to the town of Rye, New York, so you know we had to make a rye whiskey. Westchester No. 4 Rye is made from New York State rye, especially grown for us. We use 100% rye so our spirit is a little bolder and spicier than most rye whiskies, but our innovative fermentation and distillation style makes it very smooth and approachable. The nose is a light floral with some spice. The taste starts with sweet vanilla and caramel notes, transitions to cinnamon and floral rye flavors and gives a long spicy, but not overwhelming, rye finish. We think it’s delicious and think you will too." 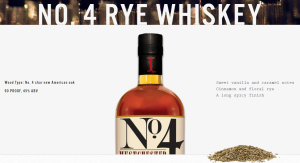 The professionals over at The Whiskey Wash include in their tasting notes:

"The label certainly warned that this would be bolder and spicier than most rye whiskeys and that turned out to be absolutely true. The nose and the flavor profile are both well balanced and complex, except with the blast of spice right after you swallow. Still, after drinking it for a while, Westchester Rye Whiskey No. 4 simmers down (or I became adjusted to it), and it then becomes a nice sipper when you’re in the mood for something on the spicy side."

You can arrange a tour of the distillery to see (and maybe taste) Rye whiskey for yourself. Going price is $40 for 750 ml.