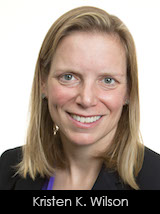 After losing in the largest election landslide in city history you’d think Mr. Sack’s crew would accept that their jig is up. Nope.

Joe Sack’s City Council GOP slate went down to a massive 61% to 39% defeat in the November elections, but like the petulant sore losers that residents who stood before them over the past few years came to know and loathe, this bunch wants to pass out financial favors to insiders who served their own political agendas. The largest case in point here being Rye’s Corporation Counsel, Kristen Wilson, who they propose to provide with a 2017 RETROACTIVE $40,000 dollar lump sum pay increase on Wednesday evening, the last scheduled public meeting of their now massively rejected Rye administration.

Readers of our monthly MyRye.com municipal corruption columns here know Ms. Wilson is a star, perhaps THE star in all city hall things secreted, obfuscated, tampered and disappeared. Her dual roles in representing both the city AND a city employee who pled guilty to misconduct in a highly suspect multi-million dollar insurance claim lay at the center of our now national 7 part environmental malfeasance series uncovering what and who really killed all the greens in 2015 at the Rye Golf Course. And of course it was this same Ms. Wilson who quietly consciously subverted Rye’s existing wireless communications statutes in 2011 attempting give Verizon’s contractors at Crown Castle virtually unfettered ‘Right-of-Way’ access to Rye’s highly valued residential neighborhoods (see her key approval signature on page 11) with their unsightly antiquated wireless pole attachment equipment.

Her existing agreement currently in force and executed in August of 2015 is – here.

And for historic context, her prior 2010 agreement, when she worked at Harris Beach, is – here.

If the very soon to be departing Mr. Sack, Julie Killian, Kristin Bucci and Terry McCartney (who’s had very bad things to say about Ms. Wilson’s legal skills in private) want to gift her up to $75,000 dollars in year end goodies then I’m all for it IF they are personally footing the bill.

If not, and they want to use our money, then they look exactly like what they are.