Rye City Manager Marcus Serano is being probed by the Westchester DA on if he omitted the disclosure of email in response to a FOIL request by long time city critic and gadfly Tim Chittenden. 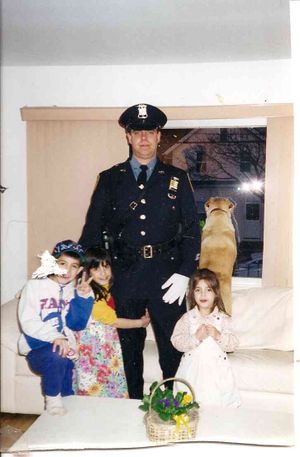 LoHud.com had the story:

RYE — City Manager Marcus Serrano is facing an investigation by the Westchester County District Attorney over an apparent withholding of emails requested by a city critic.

Serrano allegedly signed an affidavit saying he had released all the requested emails, but only to learn later that he had omitted 36 pages that should have been included, according to documents obtained the Journal News/lohud.com

The District Attorney's Office declined to comment on potential investigations.

When reached by phone, Serrano said he didn't do anything wrong.

"Any complaints against high-level officials in the City of Rye is routinely turned over to the district attorney for review," Serrano said in a statement.

What sparked the probe?
The emails were originally requested on June 8, 2017, by Tim Chittenden, a city critic and former police officer who made the original Freedom of Information request to "investigate a rumor" that Serrano's wife, Sandra, was performing some of his tasks in Rye. A similar request was made to Yorktown.

…If Serrano knowingly lied on the affidavit, he can be subject to removal from the position or face lawsuits, said Carlisle, who specializes in the legal profession, ethics and professional responsibility."