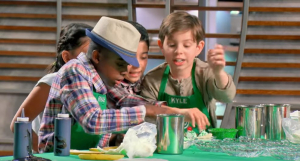 A Rye 12 year old will tangle with celebrity chef Gordon Ramsey on MasterChef Junior when it premiers on next Tuesday, March 12th, 2019 on Fox. Twelve year old Kyle Sisitsky attends Rye Country Day. LoHud had a write-up on Kyle and one of his local competitors. 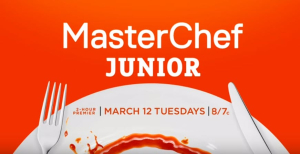 Two pre-teen chefs from Westchester County will be featured on Season 7 of "MasterChef Junior" this month.

The Rye 12-year-old and Scarsdale 10-year-old will join 22 other contestants from states including Texas, Georgia, Rhode Island, California and Alabama in the cooking competition.

The local contestants are Kyle Sisitsky of Rye, who attends Rye Country Day School as a sixth-grader, and Shannen Hosman of Scarsdale, a fifth-grader at Fox Meadow Elementary School.

The show premieres March 12 at 8 p.m. on FOX. The judges — Gordon Ramsey, Christina Tosi and Aarón Sánchez — will determine who moves on to each weekly challenge, and the winner at the show's conclusion will take home $100,000 in prize money…

Q&A
Question: When did you begin baking and cooking?

…Kyle: I began cooking and baking at age 4, when my grandmother let me join her in making holiday meals for the family.

…Q: How did you find out about the "MasterChef Junior" cooking show? Had you ever watched it?

…Kyle: I’ve grown up watching the show and I had always dreamed of competing on it. Last year, my fifth-grade teacher handed out questionnaires to get to know his students. In response to one of the questions, which asked “if you could have anything in the world what would it be?” I answered “to compete on 'MasterChef Junior' with Gordon Ramsay.” The teacher showed it to my parents and it so happened that the show was casting for season 7 and the timing was right. My parents registered me for an open casting call and surprised me with it."