Rye City Court Judge Hon. Joseph Latwin was sworn in as president of the New York State Association of City Court Judges at its annual convention in held at Mohonk Mountain House, New Paltz on September 22-24, 2019. The oath of office was administered by the Hon. Tom Amodeo, retired Chief Judge of the Buffalo City Court. 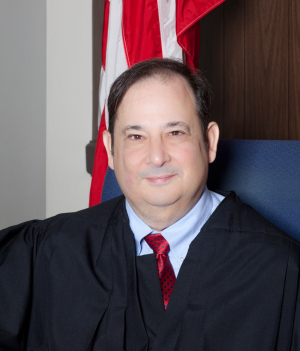 "I am very honored to be president of the New York State Association of City Court Judges. Our members are devoted to doing justice in their respective City Courts. Our association is committed to educating our judges and providing more resources for the courts closest to the people," said Judge Latwin.

The New York State Association of City Court Judges represents the over 170 full-time and part-time City Court Judges throughout the State. It is the voice of City Court Judges before State government and advocates for the benefit of its members. It also provides continuing education to the Judges and works with the Legislature and the Office of Court Administration to improve the delivery of Justice in the City Courts. As president, Judge Latwin will be responsible for presiding over the Executive Board meetings of the organization as well as the annual conference which will take place in Lake Placid in October 2020.

Judge Latwin had previously served as the CLE coordinator, Secretary-Treasurer and President-elect of the Association. He is a graduate of Brooklyn College (1973), New York Law School (J.D. 1976), and NYU School of Law (LL.M. 1980). Before taking the bench, Judge Latwin served as an Assistant New York State Attorney General, litigation associate at Proskauer Rose, deputy Village Attorney for the Town/Village of Harrison, Prosecutor for the Village of Port Chester, and Attorney for the Somers Fire District. He also served on Rye’s Architectural Review Board, Planning Commission, and City Council. He was also Rye’s Deputy Mayor. Judge Latwin is a 34-year member of the Rye Fire Department, was a member of its Board of Wardens, its Secretary, and Captain of the Fire Police Patrol.