Rye Mayor Holds PD in “High Regard”; Asks for Review Around Use of Force and Racial Bias 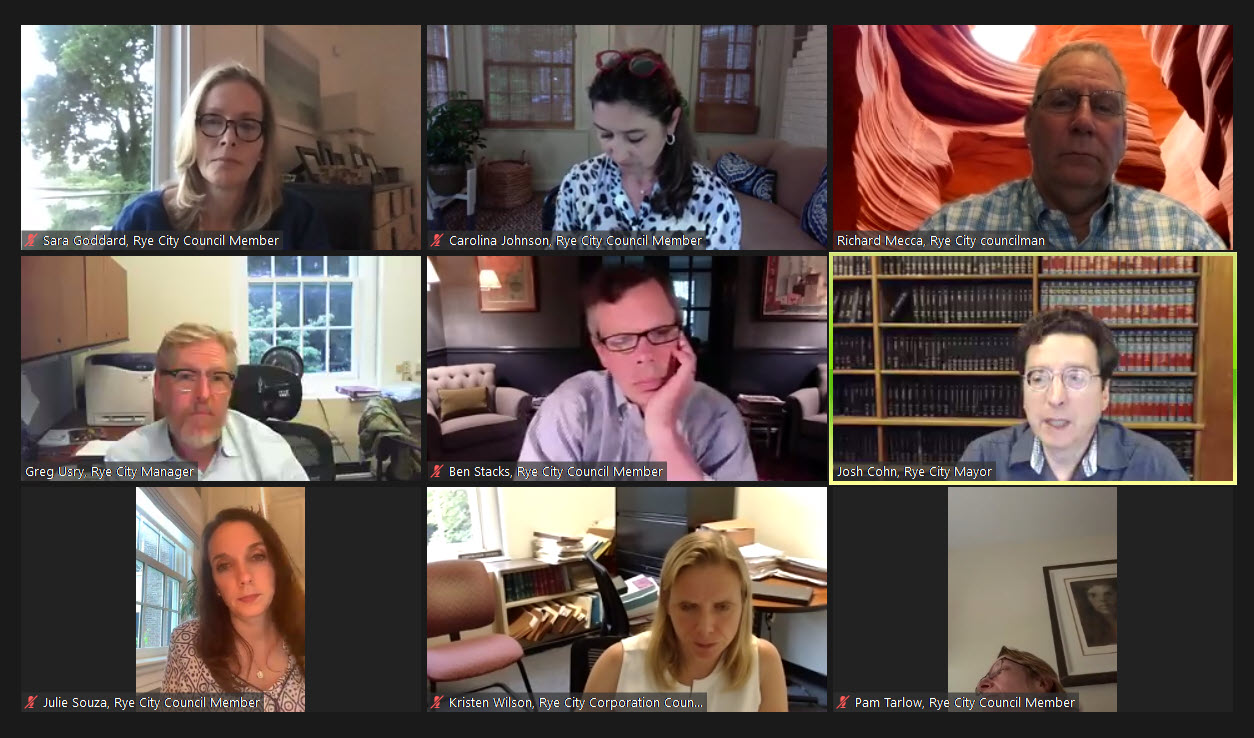 Referencing his 30 years as a resident and three years as mayor, Cohn said “I hold the Rye PD in high regard. This however is a moment to take stock just the same.”

Cohn has asked the police department for a ten year history of any complaints of excessive force or racial bias. “I was heartened to learn that anecdotally those complaints have been very few,” said Cohn. A formal tabulation of those complaints is in process. Cohn has also requested that current bias and sensitivity training be included as part of ongoing PD education.

The acquisition of body cameras was previously planned for this year and remains funded despite the “COVID-19” budget gaps. “Our officers want body cameras and they protect everyone,” said Cohn to the council meeting. He has also asked PD for a review of its current use of force policy versus current best practice.

Cohn was unsure of timing, but promised to report back to council, and said the action items would be a foundation on which he could sign the Mayor’s Pledge from the Obama Foundation.