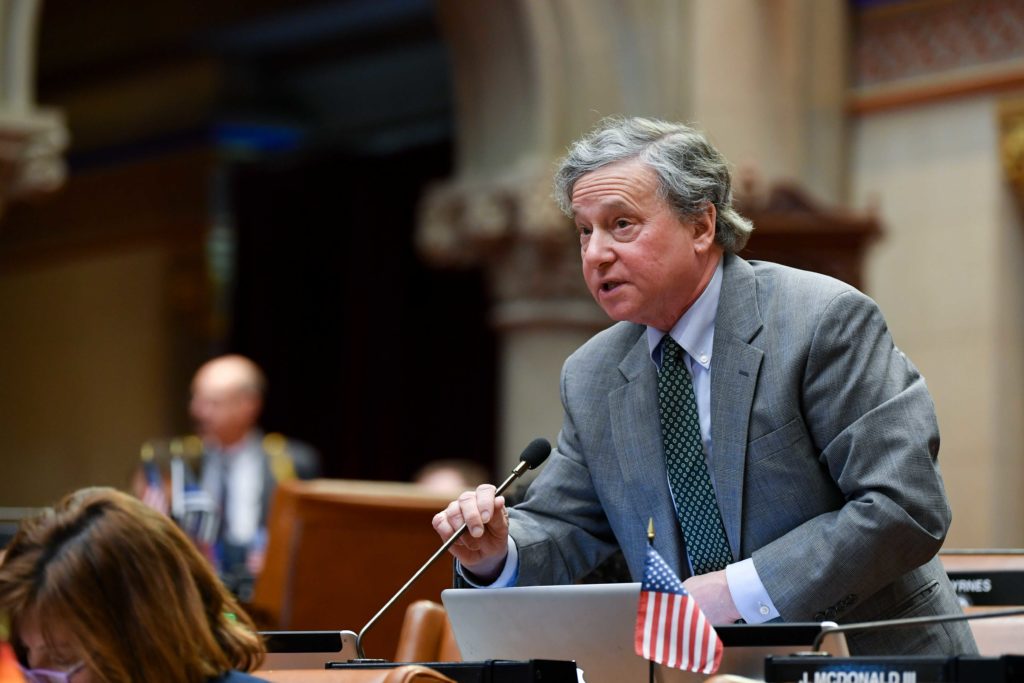 The results won’t be certified by the Board of Elections until later this week or next, but the result is a dramatic reversal of fortune for Otis who was trounced in the in-person voting on June 23rd, with only 44% of the vote compared to Cameron’s 56%. In fact, just three weeks ago, Otis, hedging his bets, declared he would continue his fight to the general election on the independent and Working Party lines if he lost in the Democratic primary.

“The 7500 mail-in ballots for the Assembly primary have now been counted and the result fulfills the saying, “good news is worth waiting for.”,” Otis said in a statement sent to supporters.

“I lost by 83 votes out of a total of 11,523,” Cameron told MyRye.com. “This was not unexpected: absentee voters skew older, white and male, and therefore more likely to vote for my opponent. I want to congratulate Assemblyman Otis and thank my supporters, volunteers, campaign team and also my husband, who is relieved that he won’t have to eat alone four nights a week.”

We’ll post the official numbers from the Board of Elections when available, but the counts we have are:

Here is the Otis statement sent to supporters:

For the first time in history, most votes were cast by absentee ballots rather than voting machines. The 7500 mail-in ballots for the Assembly primary have now been counted and the result fulfills the saying, “good news is worth waiting for.”

I am pleased to report that the re-election campaign has been successful. We await certification of the election results declaring our campaign to be the official winner.

My campaign focused on my record of service and results for Westchester and New York State. I am proud that I ran a positive campaign that was based on this record.

Thank you to all of the volunteers, contributors, supporters and allies who have made this campaign victory possible. I have always made my focus public service and solid performance in delivering results for the communities I represent.

In this primary that work won the unanimous support of community leaders, advocacy groups, labor, human rights, reproductive choice, environmental, education and social justice groups. My appreciation to those organizations goes beyond this campaign—it is embedded in our shared work together.  In addition to Democrats, I also want to thank my supporters in the Working Families and Independence parties for their great support.

I look forward to continuing the work of providing effective responsive knowledgeable service to the communities on the Sound Shore.