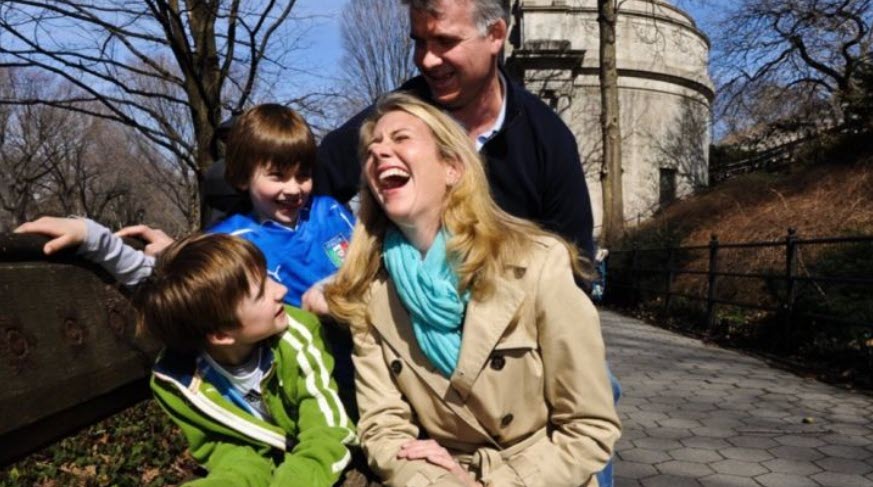 “Love you kid,” he said with a smile as the door closed and Glenn Joseph Florio drove away on the night before his death on October 26, 2020. That evening, his last act of love was a simple one, bringing a meal to share with his mother Gail, who had just lost her husband (and his father) Bob, just weeks before.

Kindness and selflessness were the trademark traits of Glenn’s 53 years. It was apparent from an early age that his life had an endearing quality. As the fourth consecutive brother in a line up of 5 children, Robert, Scott, Michael (Glenn) and Jennifer, he was the one sibling that could absorb the rigors of a large family and always come out smiling. There were unofficial brothers too: Marshall, Todd, Scot and Patrick who he always held close.

From Rye, New York, the Florio crew as many knew them, pulled together over the years and became a formidable front line in the sport of rowing during the 1980’s. Glenn’s light shined the brightest and his accomplishments were unprecedented: a high school athlete phenom rowing in the junior world championships, a bronze medalists in the elite world championships in 1986 and a coveted position on the 1988 Seoul Olympic team in the summer before his senior year at Fordham University.

Blissfully unaware of his youthful talent, he taught us to be unabashedly happy in the sporting experience and let it flow out rather than do it out of pride, vanity or malice. A fine stock of athletes at the New York Athletic Club would be Glenn’s accomplices in success, training together from the earliest of dewy mornings through countless sunsets over the Orchard Beach Lagoon. It was no doubt that his special ability to inspire his fellow teammates made everyone a better athlete and an even better person. Perhaps his disarming smile made for the perfect paradox between the nicest of nice and the fiercest of fierce, that on the water, so few could challenge.

Only one person could rival his kindness. Patricia Rosendale, his college sweetheart would become his perfect match and be his guiding compass through every turn his life would take him. They loved Nantucket and never wanted to stray long from the beach. Glenn would forever be connected to the water living in Hermosa Beach, CA, and Giants beach in Niantic and in between, let the Manhattan skyline give them life’s best views.

Glenn and Patti’s greatest love and pride of their lives was their sons, Glenn, age 19 and Cooper, age 16. Glenn Jr’s kind and observant nature and Cooper’s drive and intuition are their father’s best bestowed gifts. The many happy times as a family would be curtailed by Patti’s death in 2014 and Glenn bravely continued to nurture and provide for his two boys with every ounce of his being.

After the loss of his beloved wife, he knew that his time as a financial analyst had exhausted itself and he looked to his other love, rowing, to guide him through the remainder of his life. He became a coach at The US Coast Guard Academy and on his first day of coaching, he avowed that he had found his life’s calling. To his fellow mariners, he became a beacon of light and inspiration to his athletes and community of rowers who will sorely miss him.

We believe Glenn’s life may have been cut short by an unknown health condition. We find ourselves with intense sadness, yearning for just another minute with this exceptional father, son, brother, uncle, coach and friend. His guitar, which was always close by, helped him sing life’s sweetest tunes. Like the longing lyrics of his favorite James Taylor song, “Fire and Rain”,

“Thought I’d see you one more time again, There’s just a few things coming my way this time around, now…” There was no doubt that his penchant for nostalgic bliss made Glenn’s soul even more beautiful.

At their sons’ request, a private family gathering will happen in Nantucket and unite Glenn and Patti once again from its sandy shores. As Glenn would have wanted, a larger, joyous celebration of his life will happen post Covid during the spring of 2021.

A GoFundMe fundraiser has been established to support the upbringing of Glenn and Cooper Florio following the loss of both parents. Most recently their father, Glenn, who passed tragically on October 26, 2020, and the loss of their mother in January of 2014. They will be placed in the care of their aunt, Jenny Schulten, and extended family who will see to their day-to-day needs. Additionally, Glenn Jr. has some learning disabilities that the family will need to ensure are cared for properly by professionals; therefore a portion of the funds will be allocated to these types of resources.

While the challenges of two young men who have lost their parents may seem insurmountable, the stronghold of a loving family and compassionate community will be their strength and compass. Contributions can be made here to support Glenn and Cooper’s future success.

James J. Dealy passed away peacefully at his home on September 18, 2022. James is survived by his wife, Angela Durand Dealy, along with...
Read more
Obituaries

Roland William Ellis, Jr., of New Paltz, NY, passed away on September 16th, 2022, at Woodland Pond. He was predeceased by his parents, Roland...
Read more