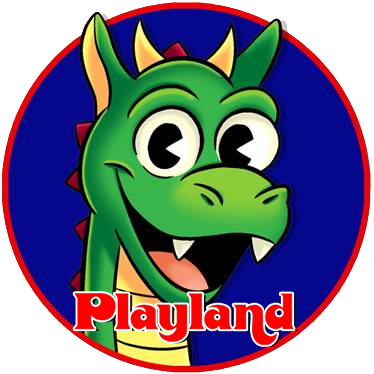 The Westchester Parks Foundation, a longstanding advocacy group for Westchester Parks, is raising concerns about the recent Playland deal granting Standard Amusements a 30 year agreement to run the park. In a public statement on Tuesday, Joe Stout, the group’s executive director, said the agreement may constitute “alienation” of dedicated parkland.

The group is calling on county legislators such as Rye resident Catherine Parker and others to determine if State approval is needed. Because of the length of the agreement (30 years), and the fact it is written as a lease (and not a license) with essentially no ability for the County to terminate, this may constitute alienation, which means the land ceases to be park land.

Stout, a former Commissioner of the Westchester County Department of Parks, Recreation and Conservation, told MyRye.com such an outcome would set a “dangerous precedent” and gave the example of such a precedent allowing the future sale of parkland for private purposes. He said the County either needs a right of revocation in the contract or State approval for entering a long term lease agreement. When the the Westchester Children’s Museum was sited at Playland and required a long term lease, the effort won State approval. “We think it [the Playland deal with Standard Amusements] contains the elements of a lease.”

The Handbook on the Alienation and Conversion of Municipal Parkland, available of the State Parks website, states in part:

Looks like another important “bump in the road” with the ongoing saga of Rye Playland. We are including the full statement by the Westchester Parks Foundation (just below).

WHITE PLAINS, NY (January 12, 2021) — The Westchester Parks Foundation, a private not-for-profit organization dedicated to supporting, advocating for, and preserving Westchester County’s 18,000-acre park system, said that the recently announced 30-year-agreement to turn over management of Playland Park in Rye to a private company requires approval by the County Board of Legislators and may need consent of the New York State Legislature and Governor. The group urges the Board to withhold signing the lease until the legislators thoroughly review the issue.

The Foundation said that long-term length of the lease, and the fact that it provides virtually no way to terminate the contract or modify it in the County’s best interests short of a complete default by Standard, may constitute an “alienation,” of public parkland, meaning that it is no longer a park. If it is determined to constitute an alienation, such action would require either a revision of the language in the lease by the Board, or, absent that, State legislative approval.

The group said it has closely followed the concept of private management of the historic amusement park on Long Island Sound as it has been discussed and debated by the administrations of former County Executive Rob Astorino and current County Executive George Latimer for the last decade. While not opposed to the turning over day-to-day management of the amusement park to a private operator, the Foundation said the alienation question is important and should be addressed before moving forward.

The Foundation’s Executive Director, Joseph Stout, said the Management Agreement with Standard Amusements, a private company, appears to contain all the elements of a standard lease and noted that the State Legislature recently closed loopholes tightening the state statute governing parkland alienation. He added that court decisions have also been clear with respect to what constitutes alienation of dedicated parkland.

After taking office in January 2018, the Latimer administration undertook a review of the contract for Playland. In April 2019, Latimer canceled the management agreement.

The County continued to operate the park, which due to the Covid-19 Pandemic was not open for the 2020 season. On December 18, 2020, the County and Standard announced they had reached a 30-year agreement under which Standard would assume management of the park next December. Latimer has stated he hopes to have the contract approved by the County Board of Legislators and the Board of Acquisition & Contract by February.

“Our position on leasing or selling County parkland has been consistent,” Stout said. “We took the same position regarding the proposed (and later abandoned) sale to a public agency of parking lots that are on parkland at the County Center. We will continue to take the same approach in the future regarding proposals involving the long-term lease or sale of County parkland. With regard to Playland, our Board is steadfast in urging that the question of alienation be reviewed and answered before the lease is approved.”

For more information about Westchester Parks Foundation, visit www.thewpf.org or follow them on Facebook.com/WestchesterParksFoundation and Instagram @thewpf.

Westchester Parks Foundation is a 501(c)3 not-for-profit, philanthropic organization which provides private support to preserve the County’s park system and improve the quality of life in our communities. Westchester Parks Foundation’s mission is to engage the public to advocate for and invest in the preservation, conservation, use, and enjoyment of the 18,000 acres of parks, trails, and open spaces within the Westchester County Parks system. For more information, visit thewpf.org.

Most planting beds at gas stations are a fairly sad affair - often invasive weeds growing out of a pile of dyed mulch. So hats...
Read more
Playland

Playland Park will debut a new ride, called The Old Rye Motorbike Factory, to guests on Friday. The interactive ride is the first of...
Read more