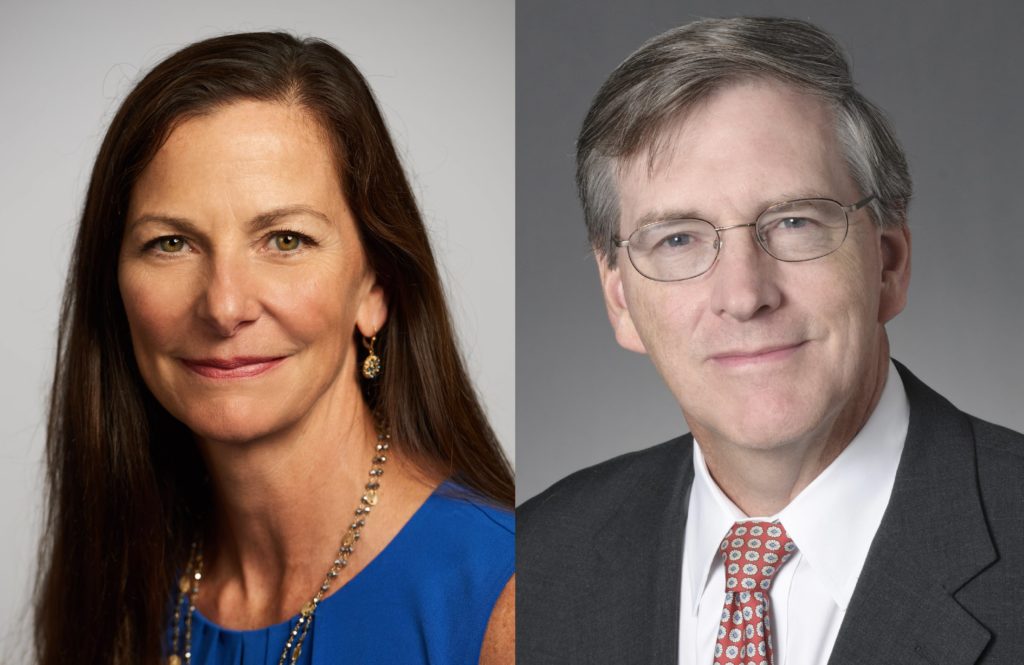 Rye City Council is expected to consider, and approve, the recommendations of the City of Rye Police Department Review Committee at its meeting this Wednesday. The work of the committee was required in the wake of last summer’s black lives matter protests and an executive order from the governor that police department reviews take place across the State.

MyRye.com spoke with Lisa Dominici and Guy Dempsey, co-chairs, City of Rye Police Review Committee to understand more about the committee’s work, and its recommendations. Dominici is the executive director of the Rye Youth Council and Dempsey is a retired attorney with a specialty in futures and derivatives.

MyRye.com: What is the mission of the City of Rye Police Department Review Committee (PDRC)?

Pursuant to this Order, Mayor Josh Cohn created the City of Rye Police Review Committee composed of the members listed below.

The mission of the Police Review Committee was to respond to Governor Cuomo’s Executive Order 203 instructing all local government entities in NYS with operating police agencies to perform a comprehensive and collaborative review of current police department’s deployments, strategies, policies, procedures, and practices, and develop a set of recommendations for improvement to best serve our community.

Who chose the members of the PDRC and what various constituencies did they represent?

Dominici & Dempsey: Mayor Cohn appointed the members of the City of Rye Police Review Committee, which included representation of residents across race, ethnicity and Rye City demographics. The Committee was convened pursuant to guidance available in the New York State Police Reform and Reinvention Collaborative Resources & Guide for Public Officials and Citizens (August 2020). The Committee members are:

There are 18 recommendations of the PDRCY. Can you outline three of the 18 that might be most noticeable by residents?

Rye has 37 sworn officers. Are there new or additional investments the city needs to make into the development and well-being of our officers?

In addition, we recommend every Rye police officer be trained in Mental Health First Aid for the well-being of themselves, their peers, and their interactions with the public in crisis and non-crisis situations. This training would be an additional expense. We also recommend increasing involvement of RCPD officers as active participants in Rye community organizations and activities, for example by offering resident pricing for fee-based activities.

The committee recommends new data collection. What’s the summary who, what, where, why and how of this data collection? Are you recommending this data, once collected, be made available publicly?

Dominici & Dempsey: The Police Review Committee recommends that Rye City Police Department (RCPD) propose a policy for the collection and review of demographic information and other data concerning police interactions with the community for the purpose of confirming that policing in Rye complies with applicable laws, regulations and policies. We recommend the proposed policy be submitted to the Commissioner for Public Safety, the Rye City Council, the City Manager, and the (newly formed) Community Police Advisory Committee for review and comment and, after consideration of such comments, RCPD should submit a final policy to the Commissioner, the City Manager and the Rye City Council for approval.

We discussed the collection and use of data during several of our full Committee meetings (all of which are available on website), and collaboratively came to the final recommendation that the data points to be considered in developing the proposed policy should include, but not be limited to, the following:

How has the Rye Police Department been involved in this process, and do you believe it is supportive of these recommendations?

Dominici & Dempsey: Lt. Rob Falk, Interim Commissioner for Public Safety, and Officer Gabe Caputo, president Rye PBA, fully and collaboratively participated in our sub-committee and full Committee meetings throughout the entire process. They worked with the Committee in developing and approving these final recommendations.

How has the Rye PBA (the local police union) been involved in this process, and do you believe it is supportive of these recommendations?

Dominici & Dempsey: The president of the Rye PBA fully participated in subcommittee and full Committee meetings from the beginning of this review. This was a collaborative and engaging process, resulting at times in compromise. I believe that Gabe is supportive of our final recommendations.

With the delivery of this report, now what happens? Does the committee cease to exist? Your recommendation #13 is the creation of a Community Police Advisory Committee. Who selects members for this committee and what will be the role of this group?

Dominici & Dempsey: This set of recommendations will be presented to Rye City Council at their March 24, 2021 meeting. Our expectation and hope are that the Council ratifies the recommendations at that meeting. The City then submits the final recommendations to the Governor’s office in Albany by April 1, 2021. At that point, the Committee ceases to exist.

One of our Committee recommendations is to create a City of Rye Police Advisory Committee. The role of the Police Advisory Committee is intended to increase community understanding and trust building between the police and community. It is not intended to be an oversight committee. It would be the same type of membership, organization and administration as other City of Rye advisory committees and its members therefore would be appointed by the mayor. We do propose recommended membership.

In addition to increasing understanding and trust, the Committee would monitor the implementation by RCPD of the recommendations made by this Committee, as adopted by the Rye City Council, and would provide an ongoing forum to collaboratively address police and community issues, educate about police issues, and improve community-police communications and relations.