Rye Boys Varsity Rugby crammed Fordham Prep into the mincer on Friday at Nugent Stadium with a commanding 20-3 win.

“Blaise Denson scored off a thunderous run from about 10 meters out from the goal line in the first ten minutes,” said Rye Boys Varsity Rugby Coach Jim O’Hara. “The score came in the first ten minutes and gave us a boost of confidence that stayed with us all game long. We knew we were in for a fight against Fordham, which always has a strong program and is a force in Division 1 each year. But Blaise’s score early on proved that we could not only hang with Fordham, but overwhelm them with speed and accuracy.”

This was a statement win for the Rye Rugby program, with an emphatic victory over a traditional Division 1 power program. Blaise Denson started off the scoring in the first half with a try (5 points) followed by the conversion kick (2 points) by captain Dylan Walsh. Next up, sophomore Dan Dalton scored a try of his own which was also converted by Walsh. 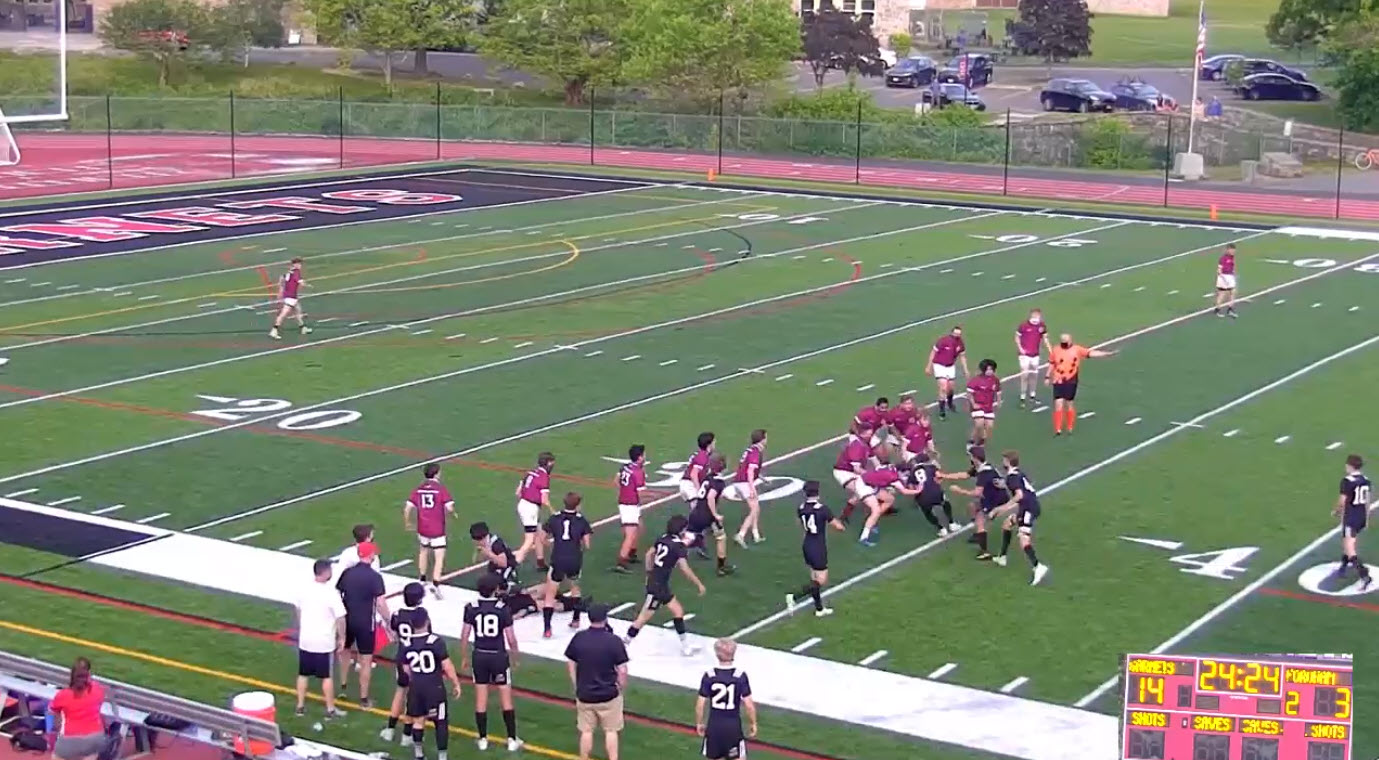 Fordham had some strong runs, and their stellar flyhalf threatened on many occasions, but the brick wall defense of the Garnets held strong. Ryan Becton, Jack Murphy, Bernard Costello and many others brought the physicality and did the dirty work for the Garnets. Jack McRedmond had the tackle of the game, stopping Fordham near the goal line late in the second half. The emphatic 20-3 win has put the two time D2 State Champion Garnets firmly back on the map in New York High School rugby.

The season evens at 1-1. Watch the replay. 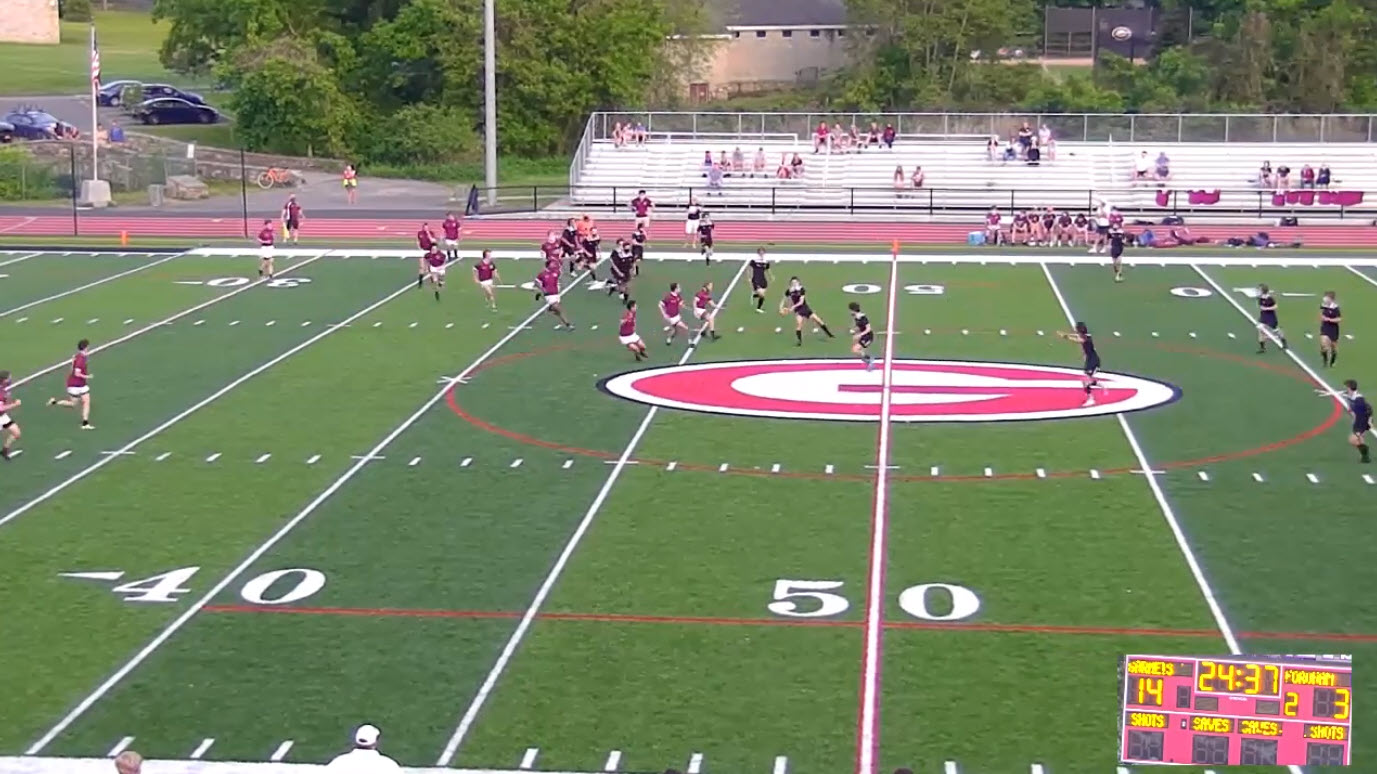