MyRye.com
May 17, 2021
5
1579
Facebook
Twitter
Email
In a letter to MyRye.com, Board of Education candidate Bozidar Jovanovic expresses disappointment with MyRye.com’s publication of the letter from Zachary Moulaye Gaouad (RHS ’19). 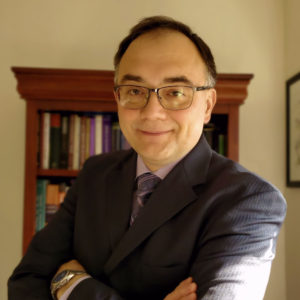 It is quite disappointing to see another hit piece appearing in the press, this time from Mr. Gaouad a RHS graduate. It is also interesting to note the implication of collective guilt regarding last week’s racist incident in RHS – which also shows a fundamental difference in approach. The acts are those of individuals who I am sure will be discovered and treated accordingly. At the very least, there was a march for unity against racism on Sunday 5/16/21 – I was there to support the idea that the whole town comes together and discusses the issues we are facing.

Whether Mr. Gaouad believes he is marxist or not is of little importance – but the fact that he uncritically supports Steinhardt center and its pronouncements of Critical Race Theory makes him a follower of marxian logic. Oppressors and oppressed, oppressors have disenfranchised the oppressed and now violence is justified to make things right. You may not believe it, but that’s the essence of it, no matter the lipstick that’s put on it. In fact, one of the apostles of this movement Ibram Kendi says:

When  you start from the outrageously wrong premise  you are bound to arrive at equally wrong conclusion, thus Steinhardt center is the problem that must go away. I certainly support the district in the effort to address the discrimination issues that have been raised. Task force is a way to go, but not this task force. Had Mr. Gaouad taken time to learn about what I suggested for a long time – the task force that actually represents our community and not the employees of the district – he would have understood that status quo is not what I have in mind. As a matter of fact I intend to make sure that district is operated with full transparency and openness, and that it supports all students. But maybe that is the reason for the hit pieces in the first place?

As for the reading material in school which is something that I have advocated for over 10 years now, sure Mr. Gaouad, I did read Angelou and Douglas and Hughes, and also Thomas Sowell, Walter Williams, Glenn Loury, John McWhorter, but you are again missing the point – the authors you are mentioning were not part of the particular reading list that was discussed. The point is that the list contained less than 10 pieces that can be considered literature and the ideological bent of the non literature texts was unmistakable. I will state again that the proper approach is to have at least 90% of material be true literature (and that doesn’t mean a particular skin color) and the rest could be lighter contemporary pieces so long as the ideological bent is balanced – which is not the case today.

I will not go to the level of calling for you to not vote for someone, I leave that to those who are ideologically driven. Tomorrow, May 18 go to the polls and be informed on where the candidates stand. Be informed by what candidates did and what they stand for, not by misguided ideological hit pieces.

I spoke with John Leonard and I can unequivocally say that if you offer us your support, there will be no status quo in the business of the Rye City School District. For more information, you can go to www.boz4boe.com