MyRye.com
May 20, 2021
2
1232
Facebook
Twitter
Email
In a letter to MyRye.com, RHS ’04 alum Kristen Avery writes about the bravery and civic discourse from the young people in our community. 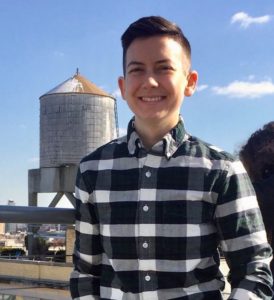 I wanted to take a moment and give a much deserved shout-out to the students, alumni, and other young folks in Rye. Through their work on the Race, Inclusivity & Community Task Force, GSA, Rye Coalition for Change, and other efforts, they’ve been a force in this community with their activism. They have called out injustice and racism, shown immense courage speaking out about the trauma they’ve experienced, and stood up for others.

I lived nearly 25 years in Rye and am an alum of the school district from Milton School up to graduating Rye High School. In my time spent in the school system and the community at large, I felt there was (and likely still is) a pressure to conform and to not challenge the status quo. As a queer kid in the closet during the majority of my life in Rye, I was just trying to survive and make it through high school. I couldn’t even fathom living in my truth, let alone using my voice to bring light to issues facing our community.

So to see students and young alumni speaking out in the local news, participating in City Council and Board of Ed meetings, and being civically active while serving on community groups, has been nothing short of inspiring. It takes an enormous amount of bravery for them to stand up and enter the civic discourse. Look at what these students have accomplished in such a short period of time. But some residents have spoken over them, questioned their motives or experiences, invalidated their concerns, and targeted them in online comment sections.

What fragile nerve have they hit to result in the responses we’re seeing from adults in the community? What would happen if the concerns raised by these young people were centered in our conversations and solutions? How can we support the youth in our community through the lens of diversity, equity, and inclusion?

The young people of Rye have put a lot on the line to stand up for justice and have shown great fortitude. It’s all the more impressive given the incredible strain of a global pandemic and the toll of virtual learning over the past year. Without their tenacity and vulnerability fighting for change, I would not have been inspired to get involved with efforts in the community.

Brené Brown once said, “Vulnerability sounds like truth and feels like courage. Truth and courage aren’t always comfortable, but they’re never weakness.” So to the students and young alumni in Rye, keep being courageous, and never stop living your truth.