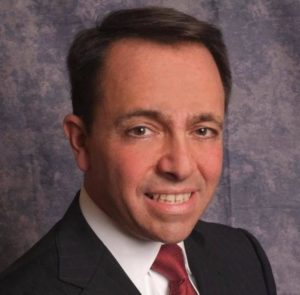 Dennis G. Pilla, 60, former Mayor of Port Chester, NY passed away peacefully on July 8, 2021. He was born July 19, 1960 in the Bronx to the late Henry and Josephine LaPenna Pilla. He graduated from New Rochelle Academy and from Fordham University with a Bachelor of Science Degree where he met his wife Margoth He received his MPA in 2015 from Marxe School of Public and International Affairs at Baruch College. Dennis was married to Margoth Gomez on October 16, 1983 in Pelham, NY.

He held other government leadership positions including President of the Westchester Municipal Officials Association from 2012-2013, and was a member of their Executive Committee from 2007-2014. He was also an active member of the New York Conference of Mayors (NYCOM).

He is survived by his devoted wife Margoth Pilla of Port Chester, NY, his beloved son David Pilla and his wife Kristy and their children, Danny Pilla and Lily Pilla all of Naperville, IL., and sister Denise Cambs of Apollo Beach, Fl.

Visitation will be 3-8PM on Tuesday July 13, 2021 at the Craft Memorial Home, Inc. Mass of Christian Burial will be 10AM on Wednesday July 14, 2021 at the Parish of Saint John Bosco (Corpus Christi) 136 South Regent St. Port Chester, NY. Interment is private. Memorial donations in memory of Dennis may be made to a scholarship that will be established in his memory.