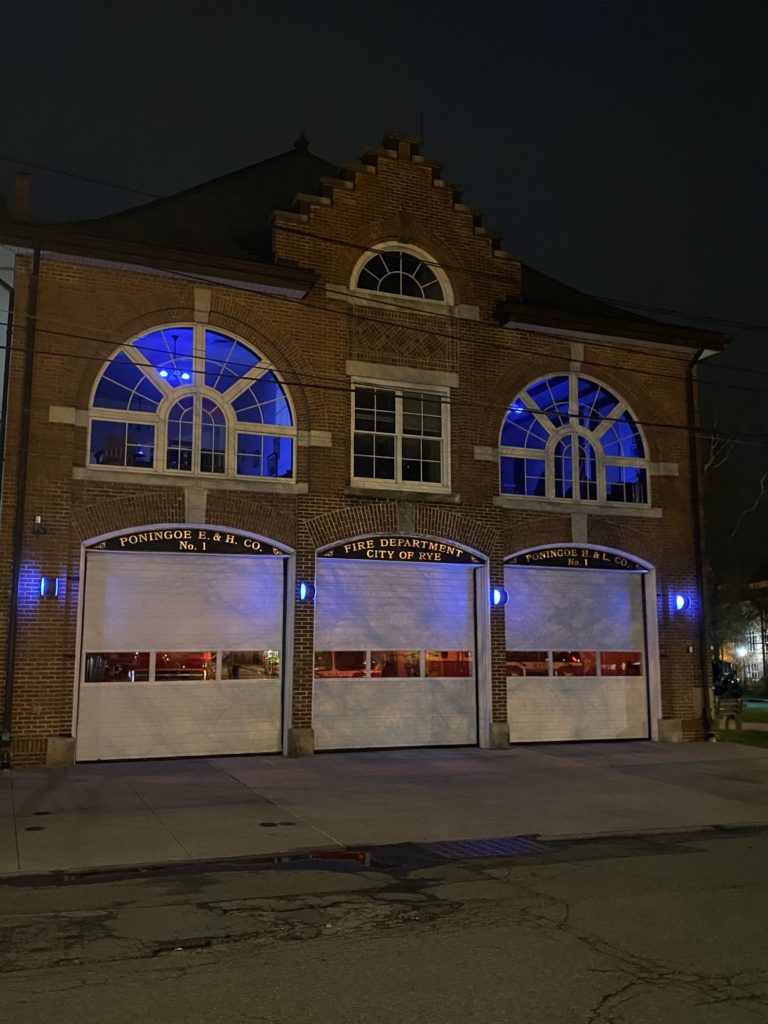 MyRye.com is encouraging you to walk Rye history. We’ll be publishing a series of over twenty local historical locations, along with background, photos and a map to the location.

Today, consider a walk to The Firehouse and the Rye YMCA.

Get outside and enjoy our history. Be sure and look for this marker: 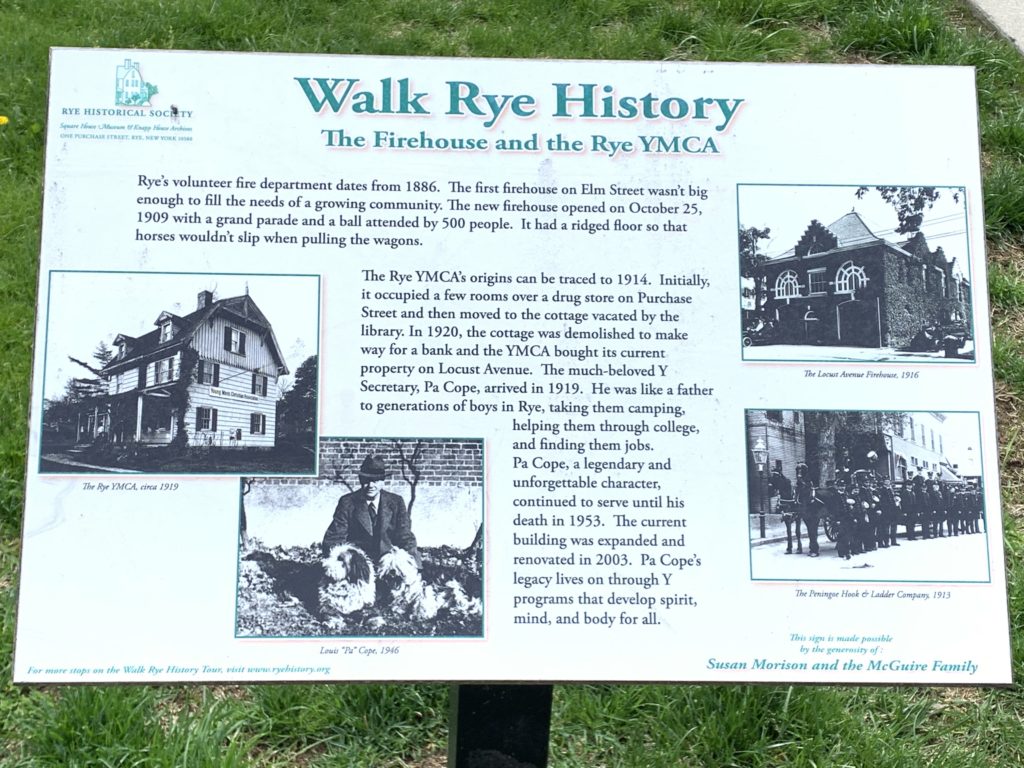 Rye’s volunteer fire department dates from 1886. The first firehouse on Elm Street wasn’t big enough to fill the needs of a growing community. The new firehouse opened on October 25, 1909 with a grand parade and a ball attended by 500 people. It had a ridged floor so that horses wouldn’t slip when pulling the wagons.

The Rye YMCA’s origins can be traced to 1914. Initially, it occupied a few rooms over a drug store on Purchase Street and then moved to the cottage vacated by the library. In 1920, the cottage was demolished to make way for a bank and the YMCA bought its current property on Locust Avenue. The much-beloved Y Secretary, Pa Cope, arrived in 1919. He was like a father to generations of boys in Rye, taking them camping, helping them through college and finding them jobs. Pa Cope, a legendary and unforgettable character, continued to serve until his death in 1953. The current building was expanded and renovated in 2003. Pa Cope’s legacy lives on through Y programs that develop spirit, mind and body for all.

Map to The Firehouse and the Rye YMCA:

MyRye.com is encouraging you to walk Rye history. We'll be publishing a series of local historical locations, along with background, photos and a map...
Read more
History

The 19th Amendment and the League of Women Voters in Rye