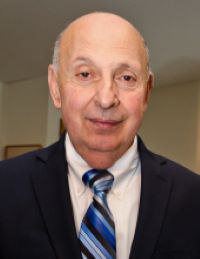 Born in the Bronx, NY on December 26, 1944 to Andrew and Josephine D’Apolite, he was raised in a small apartment on Bogart Avenue, sharing a bedroom with his grandfather, across the street from the school yard of P.S. 83. His family would vacation during the summer to Buck Brook Road in Roscoe, NY. After spending a year at Christopher Columbus High School, his family relocated to a bungalow on Bulkley Manor in Rye, NY. Rye remained his home for most of his life after he graduated from Rye High School in 1962.

After dabbling in college, Bart proudly served his country in the U.S. Army from December 1965 to November 1967 as a teletype operator stationed in Germany. After discharge, he worked an entry-level job at IBM, which was the equivalent of the mail room. He had a 25 year career with the company, before retiring as a Director of Telecommunications at age 49. He was a successful real estate and stock market investor, self taught through books, television, and radio programs.

During his time at IBM, Bart met his wife, Cynthia, who moved with him to Rye where they lived together for 37 years. Bart spent the next chapter of his life raising two adoring children, making memories he deeply treasured. A simple man, Bart lived for his kids, and treated parenting as a full time job, with all activities centered around them. He enjoyed the beach, playing tennis and handball, gardening and yard work around the house, and walks through the neighborhood where he would “bullsh*t with neighbors.” In later years, as he courageously battled health challenges, he was an inspiration to all who knew him. He was thoughtful, selfless, and always eager to lend a hand. He consistently put the needs of others above his own, even in his final days.

To honor his life, family and friends will gather on Wednesday from 4-8pm at Coxe & Graziano Funeral Home 767 E. Boston Post Rd. Mamaroneck, A Mass of Christian Burial will be celebrated 10am Thursday at the Church of the Resurrection in Rye, interment will follow at Greenwood Union Cemetery. In lieu of flowers memorial donations may be made to the Cardiovascular Research Foundation (CRF) or The National Stem Cell Foundation (NSCF).