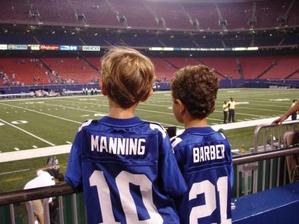 (PHOTO: Giants fans) On Sunday afternoon, the YMCA will be empty. Sal’s Pizza will be doing a robust take out business. Rye’s own Alex Rodriguez and ex-Harrison Huskie Joe Torre will be watching football. Along with the rest of us. And it won’t be the annual Rye – Harrison football match-up.

Rye has a special connection to New York Giants football thru long-time resident Wellington Mara, who was an owner of the Giants in 1930 at the early age of 14 until his death at age 89 in 2005. Part of a sports dynasty started by his father Tim Mara, Wellington, known by the nickname Duke, was know for his focus on faith, family and football. 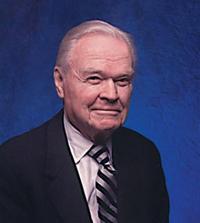 Mara was a devout Catholic who regularly attended 8am Mass as Resurrection Church in Rye. He was known for his support of the pro-life movement and donated to various conservative political campaigns. And, at the time of his death, Mara had 11 children and 40 grandchildren.

On the Giants web site they list some of his accomplishments, including:

"Mara was instrumental in the outstanding accomplishments of the Giants: 26 post-season appearances (the second-highest total in league history), including 18 NFL Divisional championships and six NFL championships, among them the Super Bowl XXI and Super Bowl XXV titles."

Not a bad run… Go Giants!