OK, so CNN is pretty good on the Presidential candidates, but so is Rye TV.

On Saturdays in February you can decide for yourselves whose views on the candidates are more shrewd, those of your Rye neighbors or those of network TV pundits. 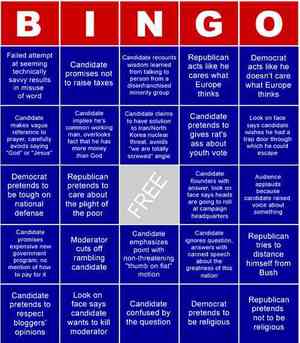 Each Saturday on Rye Channel 76 a new show, “Rye Pundits View the Candidates,” will air at ten minutes after 9 am, noon, 3 pm, 6 pm and 9 pm. The first episode was taped on the 28th, just before the Florida primary, and will air on Saturday, February 2nd.

Host John Carey had as guests Jack Bowen, Bertrand de Frondeville and Paul Hicks. Bowen is former CEO of D’Arcy Masius Benton and Bowles, a present Board member and former Chairman of the Osborn Home. De Frondeville, an engineer who helped design the first French nuclear submarine, is a frequent commentator at Rye School Board meetings. Hicks, retired lawyer and businessman, writes frequently for the Rye Record.

Jack Bowen and Paul Hicks are registered Republicans while Bertrand de Frondeville is independent. None of them advocated a particular Presidential candidate but instead each presented views on the impressions the candidates have made. Carey suggested that CNN host Wolf Blitzer may have intended for Obama and Clinton to go after each other aggressively with words like “slumlord” when he urged them to speak directly to each other.

The next episode of “Rye Pundits View the Candidates” is to be taped early in February, soon after Super Tuesday. Anyone wishing to appear on the program, or to serve on the TV production crew, is asked to contact JnCarey (AT) westnet (DOT) com.