Home Government Schubert and the Shew Sham: Who is Crazy Now?
Government

Schubert and the Shew Sham: Who is Crazy Now? 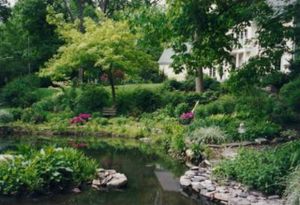 (PHOTO: Schubert's garden pre-debacle) For the last three years, 86 year-old Forest Avenue resident Bob Schubert has been omnipresent at Rye City council meetings. In what appears to be an attempt to discredit Schubert, Rye City Manager Paul Shew sent a psychiatrist and therapist to his home last week to check on his "mental health", according to a report by Theresa Juva on LoHud.com. You can't make this stuff up.

Watch for the fireworks on this one during "open mic" Wednesday night at the city council meeting. 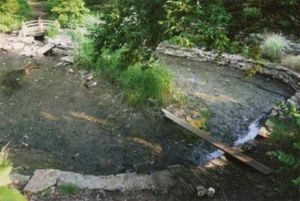 (PHOTO: Schubert's garden post debacle – a mud pit) The octogenarian and WWII vet has beat a steady drum asking the city to take responsibility for the loss of water on his property, alleging violation of wetland code by a neighbor. The city has refused to become involved. Schubert had a spectacular wetland garden. After his neighbor did some work, the water source feeding his garden dried up and he has been left with a muddy mess.

See the video of Schubert below.

"He believes he is being intimidated into giving up his fight.

"They are trying to discourage me," Schubert said. "They have dragged it out over 2 1/2 years, almost three years. They'd like to see me disappear, obviously."

When reached by telephone this week, Mayor Steve Otis said he had no clue Shew had called the hospital. The city manager maintained that he acted alone.

Shew denied Schubert's persistent inquiries as motivation, noting that he had "every good intention" in mind.

The psychiatrist and Schubert discussed Schubert's anguish over the water dispute, in addition to testing his memory and math skills. The doctor didn't suggest any treatment, Schubert said.

Besides fading eyesight and hearing, and some aches and pains, Schubert considers himself in good physical and mental health.

"(City officials) aren't worried about my health at all," he said. "They are worried that they have a hot potato, and they can't answer the questions.""

"Even recently, Councilwoman Catherine Parker tried to dissuade Schubert from pursuing his last great goal, telling him he shouldn't "sully your own reputation in the community at this point, and I think you're on the verge of doing that.""