Today we introduce you to city council candidate Suzanna S.Keith.

Position You’d Like To Have: Rye City Council Member 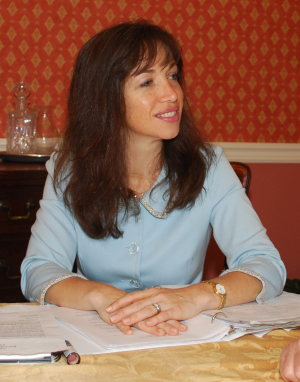 Your Day Job:Owner, SKconcepts Rye, NY. With 21 years of marketing experience, Suzanna has built her own consulting business focusing on new product launches and development of consumer brands ranging in size from $5 million to $500 million. Her expertise is researching consumer insights and building on these insights to drive long-term strategic direction in all aspects of brand management, from analyzing the financials to initiating manufacturing production to developing the consumer and trade advertising.  Running a small business, has given Suzanna flexibility to work on making Rye a better place while nurturing and caring for her family.

After careful analysis, I have decided to seek the office of Rye City Council Member because I am committed to making life in Rye sustainable for all our citizens.   Many of our neighbors currently struggle to afford to live in Rye. It is imperative that we keep life here affordable for everyone, from young families to empty-nesters, to seniors, by lowering the tax burden on our citizens while at the same time maintaining a good quality of life.

I am running on the Change For Rye Ticket with Doug French for Mayor, Peter Jovanovich, Richard Fillipi and myself for City Council.

1. Control Spending/Freeze Taxes Growing frustration exists that the cost to live in Rye is far outpacing the basic services people expect in return.

2. Restore Management Discipline  The constant turnover in City Managers and other key City staff has damaged our government’s ability to efficiently plan and act.

3. Prioritize Infrastructure Improvements  Our streets are decaying and many sidewalks and pedestrian crossings are unsafe. Much of Rye remains in constant danger of flooding. We need long term plans.

Rye needs to be better prepared for the next 100 year flood.

1. Need a big picture plan including further analysis of other upstream ponds, protection of wetlands and responses of neighboring communities

2. Install a Sluicegate at Bowman Dam: cost listed in CIP on city website and to be funded by the county

3. Resizing of other ponds of Bowman Dam: Cost listed in CIP, a combination of state, county and city funds and other funding sources to be analyzed

This issue is the business of the  Board of Education.

Public works including condition of sidewalks and roads and snow, leaf, garbage and recycling removal – B

Safety including policing, fire and traffic – B

Board of Education handles

Public recreation including parks and recreational programs – A

3. Serving on the Rye Playland Commission and volunteering with the Environmental Advocacy Group of Rye

At the children’s sports games 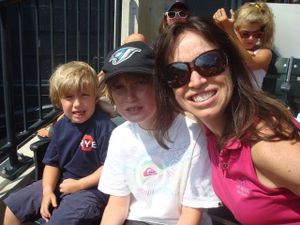 1.  Piazza Pizza, love all the pizza

2.  Sunrise Pizza, love the chicken pizza, Alex and his team are super nice and drive to get take out

3 Longfords ice cream is a must for the children

We love everything at Water Moon