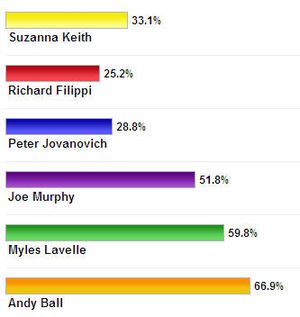 The results of the second MyRye.com city council poll are complete. Team French -  Richard Filippi, Peter Jovanovich and Suzanna Keith - all showed polling improvements from our first poll but not enough to pose a serious challenge against Team Otis.

Who are you supporting and why? Leave a comment below.