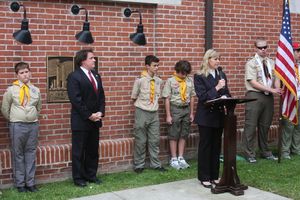 If you missed it, United Methodist pastor and Rye Fire Department Chaplain was profiled in USA Today last week before the 9/11 commemorations:

"Since serving as a chaplain at Ground Zero after 9/11, Andrea Raynor has had her share of health problems. She suffered a miscarriage and was diagnosed with breast cancer, and she sometimes wonders whether recovery site toxins might have been the cause.

But she has no regrets. 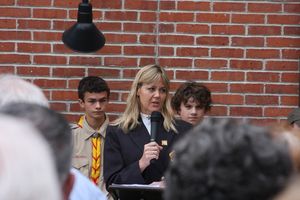 After the attacks, she was stationed at the morgue, a temporary trailer set in the rubble where the World Trade Center had stood in Lower Manhattan. Recovery workers sifted through debris and looked for the remains of the nearly 3,000 people who died, and she waited for them to deliver the body bags to her. Then she gave blessings…

But one day, when what was believed to be the remains of one of the hijackers were found, a worker helped her instead. "I asked: 'Was this body desecrated in any way when you found it? Was it spat upon? Was it treated in any disrespectful way?' And what he said brought tears to my eyes. He said: 'These remains were treated with the same respect as all the other remains. After all, this is still someone's son.'"…"