The news cycle is pretty slow here is Rye in August…

So we thought we'd profile some of the 55 projects on Rye City's capital improvement plan. These are projects (not a budget) of costs greater than $15,000 that are on a recommended plan for the 2015 – 2019+ time horizon.

Read the entire plan (starting on page 4) or tell us what you thing of the various projects are we profile them: 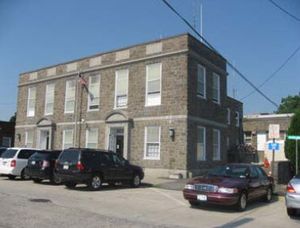 Project Need/Issues:
Finding suitable sites to accommodate a 25,000 to 30,000 square foot police/court facility is difficult andvery expensive with some estimates ranging between $17M and $25M, excluding property acquisition. City-owned property at 1037 BPR was deemed not to be a suitable site for a police/court facility in the JCJ study. The only viable remaining option is to improve the existing building to address deficiencies identified by the Office of Court Administration and Police Department. A November 2012 bond referendum is considered the funding source for this project. Construction would not be anticipated until 2016.