From the (Whitby) Castle to the slammer. Not a road you want to take. 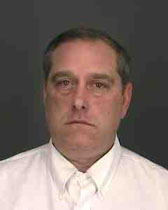 Scott Yandrasevich, the former GM of Rye Golf Club, is headed do some hard time after his financial shenanigans:

"The former employee used a shell company, fake employees and false invoices to make off with more than $250,000 over a five year period

The Rye Golf Club general manager accused of scamming the city out of more than a quarter million dollars is going to spend between one and three years in state prison.

In November, Yandrasevich admitted to using shell companies, nonexistent employees and false invoices to bilk the city-owned club of $271,120 over five years, between 2007 and 2012. He pleaded guilty to three felony charges, one of third-degree grand larceny and two of falsifying business records."

Read the full story at LoHud.