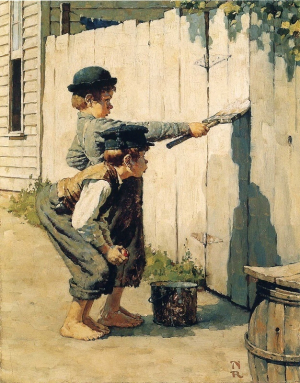 “If there is one thing I’ve learned from dealing with politicians over the years, it’s that the only thing guaranteed to force them into action is the press – or more specifically, fear of the press. You can apply all kinds of pressure, make all sorts of pleas and threats, contribute large sums of money to their campaigns, and it generally gets you nothing. But raise the possibility of bad press, even in an obscure publication, and most politicians will jump. Bad press translates into potential lost votes, and if a politician loses enough votes, he won’t get reelected. If that happens, he might have to go out and take a nine-to-five job. That’s the last thing most politicians want to do.”

(From a book by a former NY City real estate developer now relocated to Washington, D.C.)

Welcome back everyone. Let’s begin our 3rd season of Rye City municipal corruption columns here by restating our simple core thesis – which is that an elected official looking the other way from wrongdoing is participating in wrongdoing. Silence in the face of unethical favoritism speaks at thunderous volume. Dismissing evidence of municipal corruption is in itself corrupt. These truths are held to be self-evident even if someone wants to tell you they are not.

Let’s be clear that MyRye.com is not even remotely an obscure publication – as all of you faithful daily readers can attest – and the subject of Rye’s municipal corruption is clearly one of your favorite monthly reading topics on this innovative digital platform. Thank you for making it so.

As Rye election season is now fully underway, here are a few key local questions I can guarantee voters will not get answers to from any candidate, party or elected official:

(1) How was an environmentally hazardous unregistered turf chemical sourced, purchased and delivered to the Rye Golf Club in the spring of 2014 – only to be identified as wholly illegal for application to the course under New York State DEC & Federal EPA Law – which was then picked up by its New Jersey distributor in 2014 and returned to its New Jersey warehouse?

(2) And why was that same turf chemical then redelivered by that distributor to Rye Golf Club in early 2015, where it was soon applied to the greens and fringes at unlawfully high rates resulting in devastating widespread turf kill and hundreds of thousands of dollars of damages?

(3) And who, once a city employee was unable to hide the devastation to the greens and fringes any longer, would then specifically authorize that all remaining samples of that chemical be removed from Rye’s possession (as reported by one of Rye’s own hired turf experts) and returned apparently yet again across state lines to the same New Jersey warehouse where that material would later not be made available as part of the chain of evidence for scientific forensic testing?

These were among the very top questions put before Rye City Labor Attorney Vincent Toomey two short years ago in September of 2015 as he began his multi-month-long, city-paid ‘investigation’ of all the facts and circumstances surrounding the costly and mysterious deaths of all 20 Rye Golf Club greens complexes.

By way of ready evidence, Mr. Toomey was immediately provided with copies of numerous relevant documents and data gathered independently by the then Chairman of the Rye Golf Club Commission and handed over at the direction of Mayor Joe Sack and Rye City Manager Marcus Serrano.

Mr. Toomey (along with all Rye residents) also had available a copy of the September 25, 2015 edition of The Rye City Review which carried clues about this matter on its front page:

Other (subtle) apparent evidence of coordinated municipal wrongdoing from the article includes:

And finally, Mr. Toomey also had access to as-of-then confidential, non-public, city paid-for written reports by the 'independent' turf experts engaged by the city in the spring of 2015 at the recommendation of Rye Golf's greens-keeper Mr. Charles "Chip" Lafferty (who later would plead guilty in court to misuse of this same restricted pesticide).

Rye City “Independent” Turf Expert Not So Independent After All

Concerning these previously non-public expert reports, what Investigator Toomey (and any other member of the then city administration) could see with a few simple Google searches was that at least one of these so-called independent professionals had readily discoverable apparent longstanding professional ties to the founder of the same New Jersey distributor who supplied the contaminated Alt-70 fungicide to Rye at least twice – once in 2014 when it was wholly illegal under state and federal law to do so  – and again in 2015 when it was then applied in an illegal manner and killed all 20 green complexes – making The Sack Administration’s characterization of this expert’s ‘independence’ in this Rye Golf turf damage incident either highly questionable or outright farcical depending on how much interlocking digital history you care to dig out.

Perhaps unsurprisingly, this maneuver is nothing new at all for Rye City officials – as this 6-minute 2009 video exposing prior direct city ties to another so-called ‘independent’ expert shows.

And last but by no means least, Investigator Toomey was also provided with the confidential written reports of a separate city retained expert – a University of Rhode Island professor – which we featured in Series Part 3 – “They Knew” – documenting conclusively that in his controlled scientific field testing of samples of the contaminated product “no damage” was observed in living turf when that contaminated material was applied to it at legal concentration rates and at legal time intervals. Please read the preceding lines at least twice.

Faithful readers of this series now all know that none of the above 3 key questions about the handling of the contaminated product were ever to be answered – and they now know instead what Mr. Toomey’s false and debunked investigation findings were to be. Mr. Toomey delivered them with both assurance and conviction to the Rye TV public on the night of December 16, 2015 – to be followed immediately by Councilman Terry McCartney’s lavish and equally debunked praise for the soon-to-be-arrested Mr. Lafferty. (See video of Mr. Toomey and Mr. McCartney’s whitewash work – here.) Outtakes from this shabby fictionalization include:

Mr. Toomey:  There has been “no misconduct, no wrongdoing” nor any “contributory negligence” by any city employee in this matter – “the city retained experts came to same conclusion which is this was a tragic situation but not one that any personnel within the City of Rye were responsible for.”

Mr. McCartney would later react with similar duplicitous bluster after The Journal News exposed Mr. Lafferty’s admissions to his arresting officer from the NYS DEC that he had in fact improperly used the very same turf chemical that then killed all 20 green complexes. (see video here starting at time code 12:20).

For Whom the Bell Tolls.

To my knowledge the AIG Investigation – initiated based on previously hidden facts developed at least in part by this series – is ongoing. And if you combine the millions of dollars that AIG paid Rye with the plentiful apparent violations of federal and state pesticide laws we’ve documented, along with the reams of improperly withheld public purchasing and other records that this series has been improperly denied, you might have cause to wonder what the future holds for the various participants in these events.

The Sack Administration has maintained what could be characterized as a loud silence about all of this. There is however no question that Rye Golf Club’s members, and in fact all the taxpayers of Rye, were grossly publicly deceived. I believe there is going to be a price to be paid for this deception. And what will they say then?