A Rye non-profit is retiring $1.5 million of medical debt belonging to people that earn less than 2x the federal poverty level. R.I.P. Medical Debt, founded by Craig Antico and Jerry Ashton, is housed at Serendipity Labs on Theodore Fremd. 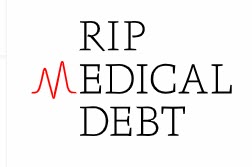 The NY Times had the story:

"If a slim, yellow envelope with a Rye, N.Y., return address lands in your mailbox this holiday season, don’t throw it out. It’s not junk.

Some 1,300 such envelopes have been sent to New Yorkers around the state, containing the good news that R.I.P. Medical Debt, a New York-based nonprofit organization, has purchased their medical debt — and forgiven it.

Last spring, Judith Jones and Carolyn Kenyon, both of Ithaca, N.Y., heard about R.I.P. Medical Debt, which purchases bundles of past-due medical bills and forgives them to help those in need. So the women decided to start a fund-raising campaign of their own to assist people with medical debt in New York.

Over the summer months, the women raised $12,500 and sent it to the debt-forgiveness charity, which then purchased a portfolio of $1.5 million of medical debts on their behalf, for about half a penny on the dollar."