Barley Beach House – the restaurant in Rye Town Park at Oakland Beach that replaced Seaside Johnnies – opens for the season today, Thursday, May 23, 2019.

LoHud.com had a nice write-up on some of the improvements to the restaurant since its first season last year – including moving the bar to the center of the dining room and the addition of heat to the building that now allows the joint to be open year-round: 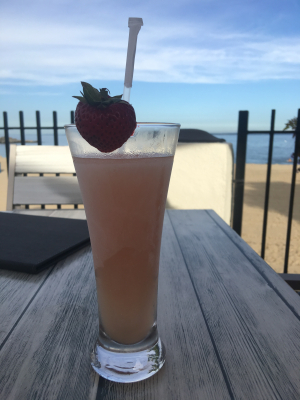 "There's a whole new look to the Barley Beach House in Rye, the restaurant that opened last year in the space that for many years had been Seaside Johnnies.

Owner Bobby Harris said the plan all along was to move the bar to the center of the dining room from the small side room where it had previously been located, but when they opened last summer, they simply didn't have time to knock the old bar down and start the renovations.

"We knew we’d only be open a couple months last season until we closed in the fall so doing it for this season made more sense," he said.

There are now 20 seats around the bar with plenty of outlets for charging your phone. Many face out to the beach and water beyond (the restaurant overlooks Oakland Beach and the Long Island Sound).

The space that previously housed the bar is used for overflow dining or as a private party room. Total seating at the restaurant is approximately 250 with 90 seats inside and 160 on the outside patio (including those 20 at the bar). The renovations also added sliding glass doors out to the patio.

Also new: heat was added to the building so the restaurant can now function as a year-round destination.

The menu has also been tweaked — revisions are still ongoing"