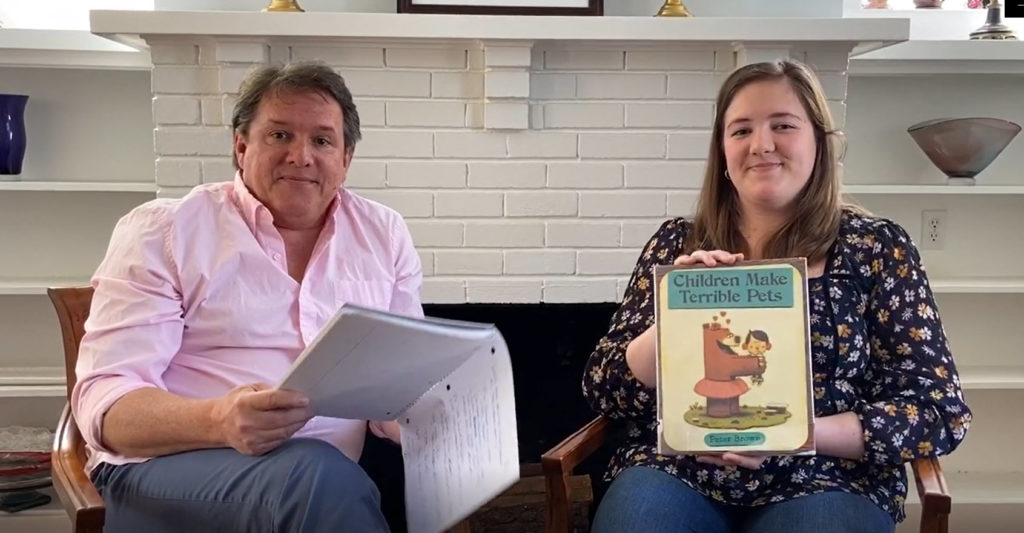 Over the last few weeks we have asked various Rye citizens – elected officials, city staff, community leaders and local authors – to read a story for the youngest citizens of Rye. Each day, we will share a new story.

Today, former Rye Mayor Doug French reads Peter Brown’s Children Make Terrible Pets. French served as Rye’s Mayor from 2010 to 2014. He is a corporate marketing executive and community leader having also served on many boards and commissions including Rye Recreation and most recently the League of Women Voters, Rye Lions, and Westchester County Board of Ethics.

He has lived in Rye since 1987 with his family including daughter Kim (in video), son Max (cameraman), and rescue dog Rico (also in the video).