INTERVIEW: Meet the President of the Port Chester/Rye NAACP

MyRye.com
July 27, 2020
0
3260
Facebook
Twitter
Email
In the wake of the Black Lives Matter march in Rye, the LGBTQ+ event on the village green and other activity detailing experiences of bias in our community and in our schools, MyRye.com will be running interviews with those who have been impacted by bias in Rye and others who are working on ways to address these inequities. 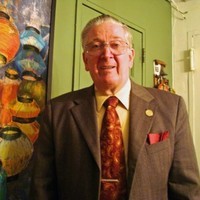 Your name: Tom Kissner, president of the Port Chester/Rye NAACP

MyRye.com: What is the mission of the Port Chester/Rye NAACP today?

Kissner: “The mission of the NAACP is to ensure the political, educational, social and economic equality of rights of all persons and to eliminate racial hatred and racial discrimination.” — Mission Statement from page 1 of the Constitution of the National Association for the Advancement of Colored People.

The Port Chester/Rye NAACP branch was created in 1941 after a young lawyer named Thurgood Marshall came to the area. Tell us the story of the branch’s founding:

Kissner: As more or less accurately depicted in the 2017 Hollywood movie “Marshall”, a wealthy white woman from Greenwich, CT alleged that she had been sexually assaulted by her Black chauffeur near the Kensico Dam north of White Plains.  The NAACP sent its young staff lawyer Thurgood Marshall to Port Chester, and, with the help of a local Jewish lawyer and an honest medical doctor, he proved that the chauffeur was innocent.  But the danger inherent in this incident to the Black community—much of whose income in those days was based upon domestic work in white homes—had so alarmed residents that a group of local men obtained a charter for the Port Chester/Rye NAACP from the national organization. 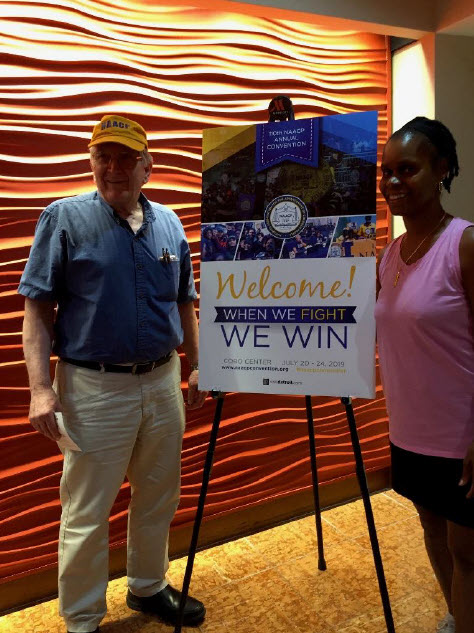 Tell us about your membership:

Kissner: We currently have about 87 members.  Those who attend our monthly meetings, usually held on the first Tuesday of the month, meet at the Carver Center in Port Chester.  (The last three monthly meetings have been phone conferences, because of the Coronavirus.)  We have committees which deal with: membership, Health, Education, criminal Justice, Civic Engagement, Economic Empowerment, and our newest committee: Environmental and Climate Justice.  We take complaints involving allegations of racial discrimination, employment discrimination, problems with school children’s educations, etc.  We work to increase voter turnout and census participation.

Over the years, what has the Port Chester/Rye NAACP seen in regard to bias issues in the City of Rye?

Kissner: Historically, our branch has been involved with two cases of attempts to put on blackface minstrel shows in Rye and picketing outside a Rye housing development to integrate it by allowing a Black family to move in. The first blackface incident and the Housing integration case occurred before 32 years ago when I joined the NAACP. The first Blackface Minstrel Show attempt must have been in the 1950s or ’60s. Some municipal workers wanted to do a fund-raiser. Rye resident Mr. Robert S. Brown was branch president at the time and he put a stop to it. At about that era, The African American newspaper publisher M. Paul Redd was denied acceptance to move into Rye Colony garden apartments. The Port Chester-Rye NAACP picketed on the sidewalk next to the adjacent street. Also, Mr. Redd complained to the state government in Albany, and, as a result, a law was passed for all of NY State banning racial discrimination in Housing from that time on. Right after this, the garage at Robert S. Brown’s Midland Ave. home mysteriously caught on fire in the middle of the night. Mercifully, the fire didn’t spread to the house where the family was asleep.

The second Blackface show attempt was about 25 years ago when some foreign students at Rye High School wanted to put on a show. My immediate predecessor as president, Mrs. Doris Bailey explained to the then Superintendent of Rye Schools the need to make the students aware that this activity would be hurtful to persons of color. My two previous personal involvements in Rye go back about 20 years. A previous chief of police asked me to intervene when two African American tourists were denied the use of a gas station bathroom. And an African American teacher asked for our help when she felt that her principal was treating her unjustly.

Right now, we are cooperating with all of the NAACP branches in New York State to complete a survey of our local school districts to determine the number and percentage of Black and Latino students, teachers, and administrators within those districts. Our branch has four school districts within our area of responsibility (including Rye). The statistics will be collated statewide at the end of this month.

Have you followed the more recent Black Lives Matter and LGBTQ+ activity and news in Rye? And have you seen the stories of bias recently posted on social media? What is your prescription for residents, community leaders and activists, and how can your group act as a resource?

Kissner: I am acquainted with the recent complaint involving Rye High School.  The first thing that needs to happen is that all sides should sit down and calmly discuss the issues.  Both sides should realize that there IS a problem, and then see if a solution can be agreed upon.  If people involved with one or both sides of the matter believe that the Port Chester/Rye NAACP can be of help, then let us know. 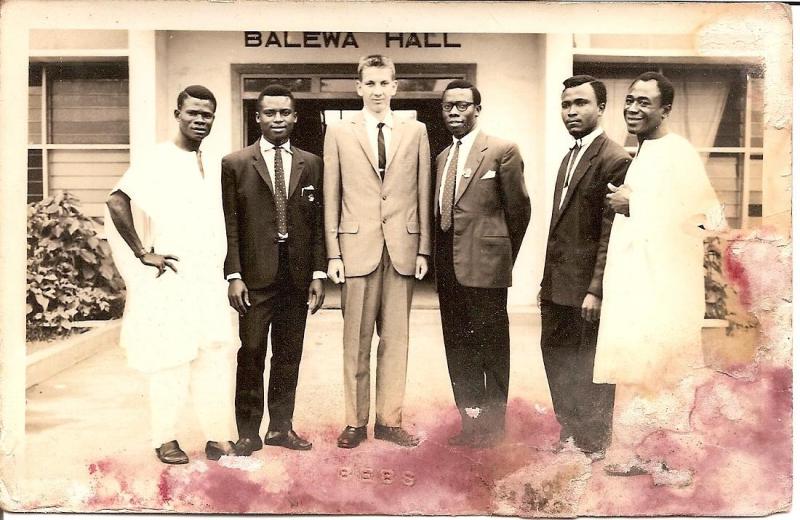 (PHOTO: Tom Kissner as a summer exchange student at the University of Nigeria in 1964.)

You are a 77-year-old, white man. Your journey with civil rights started years ago with a combination of Michigan State, The Supremes and a copy of Ebony magazine. Tell us how it all started, and how years later you came to the Port Chester Rye NAACP.

Kissner: At the time I was elected branch president for the first time (about 24 years ago), about one out of every 100 NAACP branch presidents was what the national office referred to as “non-Black”.  My outlook on the world has been molded by a number of experiences over half a century ago.  From reading Lerone Bennett Jr.’s Black history book “Before the Mayflower” in college to becoming a summer exchange student at the University of Nigeria in 1964, to volunteering in a program to help high school graduates at Rust College in Mississippi during the summers of 1965 and ’66, to living alone as a VISTA Volunteer in the Black community of South Philadelphia for two and a half years, to my ten years of marriage to my first wife (the late Dr. Janice Gantt Kissner, 17th national president of Zeta Phi Beta Sorority, and for a short time one of the vice-presidents of the National Council of Negro Women); I managed to gain some experience toward the position I now hold.  I joined the NAACP about 32 years ago because it was the only civil rights organization in Port Chester.

You worked as a police officer on the SUNY Purchase campus in the 1970s and 80s. What did you see and learn about civil rights and bias from the perspective of a law enforcement officer?

Kissner: I was able to gain the law enforcement perspective on racial issues in this country.  Police officers in the performance of their duties do have valid concerns.  But with the authority to take human life in certain circumstances must come the wisdom to know in a split second when not to do so.  An officer should go into the profession with empathy and a belief that ALL human lives are equally valuable.  “Sensitivity Training” cannot be learned during a one-hour lecture while sitting at a desk in the Police Academy.  An officer begins by learning it in the home as he or she is growing up.  Then empathy for the problems and the feelings of other people is acquired during years of interacting with a wide variety of other people in multiple situations.

Today, young people represent a driving force behind the Black Lives Matter and LGBTQ+ movements. What advice can you offer from your own experience, and how should people in Rye look to the Port Chester Rye NAACP for assistance?

Kissner: The young people are the future of this country.  If our adult machinations cause them to grow up with a jaundiced view of representative government, then shame on us.  They will have to learn to be able to balance the wisdom and experience of age with the idealism and impatient energy of youth.  But with time, we oldsters will be gone and the destiny of this country will be in their hands,

How long is the road ahead?

Kissner: Race relations are, in my opinion, much better than when I was a young man in the 1960s.  However, the same historical humiliations can be intentionally (or often completely unintentionally with thoughtless remarks) inflicted upon persons of color.  Job and housing discrimination still exist.  African Americans and Latinos still are assigned higher interest rates when making large purchases such as cars.  And, of course, unarmed Black persons are still being shot by the police at the same rate, except now in the age of cell phone cameras, we can all see it.  I have faith that the day will come when skin color no longer means abuses, but, sadly, I don’t expect to live to see it. 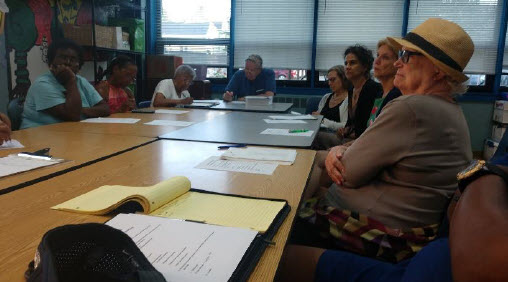 How does someone join the Port Chester Rye NAACP and when is your next meeting?

Kissner: Anyone can either join electronically through our Facebook page or by mailing a check for $30. Per person with one’s name, address, phone number, and email address to: Port Chester/Rye NAACP, P.O. Box 630, Port Chester, NY 10573-0630.  (Youth membership is only $10. Apiece.)  We won’t meet in August.  Because of the Labor Day holiday, the next meeting should be September 14th, at 7:00 pm if in person, 7:15 if by phone conference.