INTERVIEW: Meet the Chair of the City of Rye Human Rights Commission

MyRye.com
August 3, 2020
0
2213
Facebook
Twitter
Email
In the wake of the Black Lives Matter march in Rye, the LGBTQ+ event on the village green and other activity detailing experiences of bias in our community and in our schools, MyRye.com will be running interviews with those who have been impacted by bias in Rye and others who are working on ways to address these inequities. 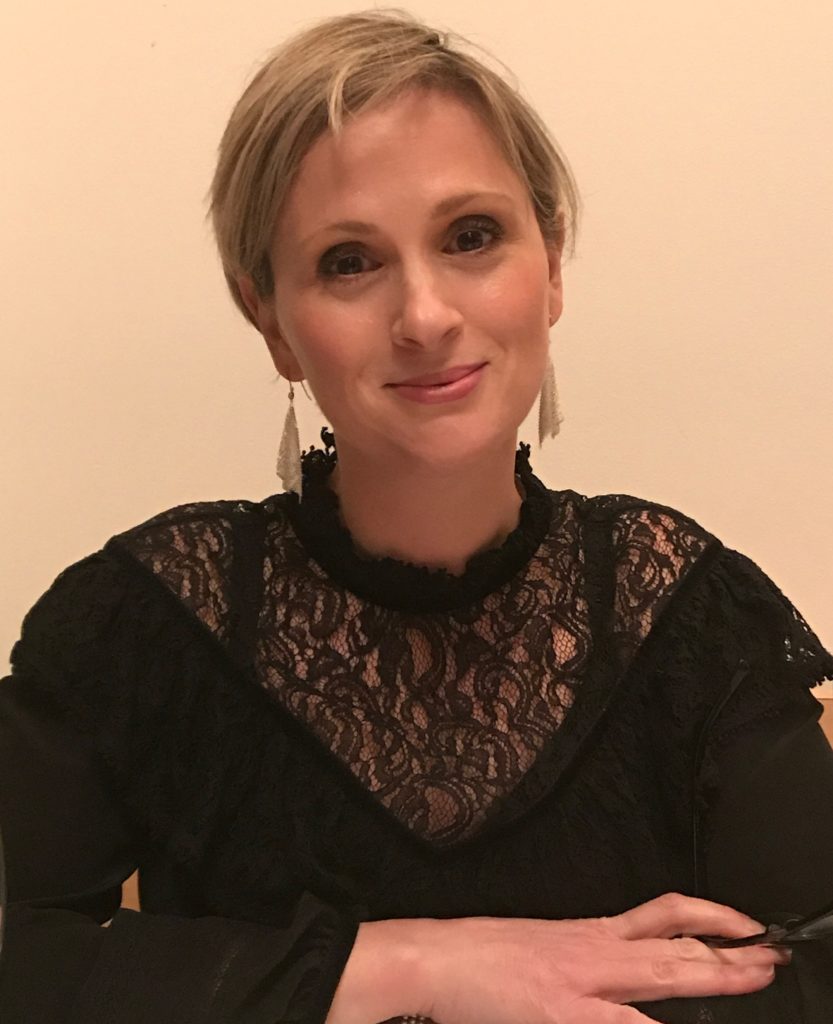 Your name: Danielle Tagger-Epstein, chair of the City of Rye Human Rights Commission

What is the mission of the Rye Human Rights Commission (HRC)?

Tagger-Epstein: Our mission is to advocate for the human and civil rights of all residents of the City and to advance effective human rights public policies. We aim to work to increase compliance with local, state and federal laws and raise the level of awareness and sensitivity to human and civil rights issues.

The Rye Human Rights Commission was started in 1963. What was the catalyst at the time and what local citizens where involved in its founding?

Tagger-Epstein: There is a long history in this city with respect to Human Rights. The Commission was first adopted by the City Council in September 1963 during the civil rights movement. In 1964 Mayor John Carey had the Rye Council for Human Rights incorporated. While I can’t speak for Mayor Carey, I believe it was to allow for fundraising.  There was much engagement in the community and they held successful fundraisers. The commission engaged in local and statewide discussions during the 1960s and 1970s aimed at implementing and upholding the UN global declaration on human rights.

What are some of the larger issues the HRC has dealt with in Rye over the years?

Tagger-Epstein: The Human Rights Commission was successful in responding to issues of inequality during the late 1970s when women launched a discrimination complaint regarding a policy of preferential tee times for men at Rye Golf Club. Long time Rye resident, Linda Lefkowitz, who was a part of the original complaint leveled more than 40 years ago, has said that access to the Human Rights Commission turned out to be a linchpin for policy changes at the club.

One of our current Commission members, Ruth Merkatz, was also a member of the Commission in the 1980s. She has shared how they worked to create access for people with disabilities in this community, prior to the American Disabilities act under George H.W. Bush in 1990 (ADA).  It took four years of discussion but in 1989 the Rye Golf Club agreed to build two access ramps for the disabled leading to its restaurant. Since Whitby Castle was municipally owned, the Rye Human Rights Commission highlighted the need for the golf club to build these ramps; it also urged further provisions including easier access to lavatories and telephones.

The HRC had been inactive since the early 1990s when you helped resurrect it in 2016 with the support of then Mayor Joe Sack. How did it all come together, and what and who were some of the catalysts?

Tagger-Epstein: In January 2017, while I was a member of the City Council, there was a significant uptick in hate crimes and racist rhetoric locally as well as on the national level. I had been vocal during City Council meetings to bring these issues to light and Mayor Sack approached me with the idea of reviving the Human Rights Commission.  There was broad support for this in the community.

What is the relationship between the City of Rye and the HRC? Is it an independent body?

Tagger-Epstein: We are a Commission under the City Charter, but have the authority to represent any group or issue, and receive and investigate any alleged discrimination as an independent body. We also have the ability to conduct independent reviews in discrimination incidents.

Since the refresh of the HRC in 2017, what major opportunities and issues has the HRC encountered?

Tagger-Epstein: In 2017, The Human Rights Commission brought forward an anti-discrimination resolution that the City Council voted on and passed unanimously. This resolution recognized the rights of all members of our society irrespective of race, creed, religion, ethnicity, gender, sexual orientation, gender identity, national origin or immigration status.

In 2018 we joined with Rye Historical Society and RAISE (Rye All-Inclusive Special Education), to provide a safe space for children with special needs inside the Square House Museum during Halloween window painting. Children who have sensory processing sensitivities or other special needs could take advantage of a quiet, safe zone.

We resurrected the Human Rights Award this year- renaming it the John Carey Award for Human Rights. We gave out multiple awards including to Christine Siller of the Rye Nature Center and several students in our community from Rye Country Day and Rye Neck High school for their work and effort on social justice.

Commission member Alison Relyea and I are also founding members of the pRYEde community group. We had the opportunity to organize an LGBTQ + ceremony on the Village Green as well as raise money for inclusive educational programming by selling over 200 gay pride flags that many will have seen around the city last month. 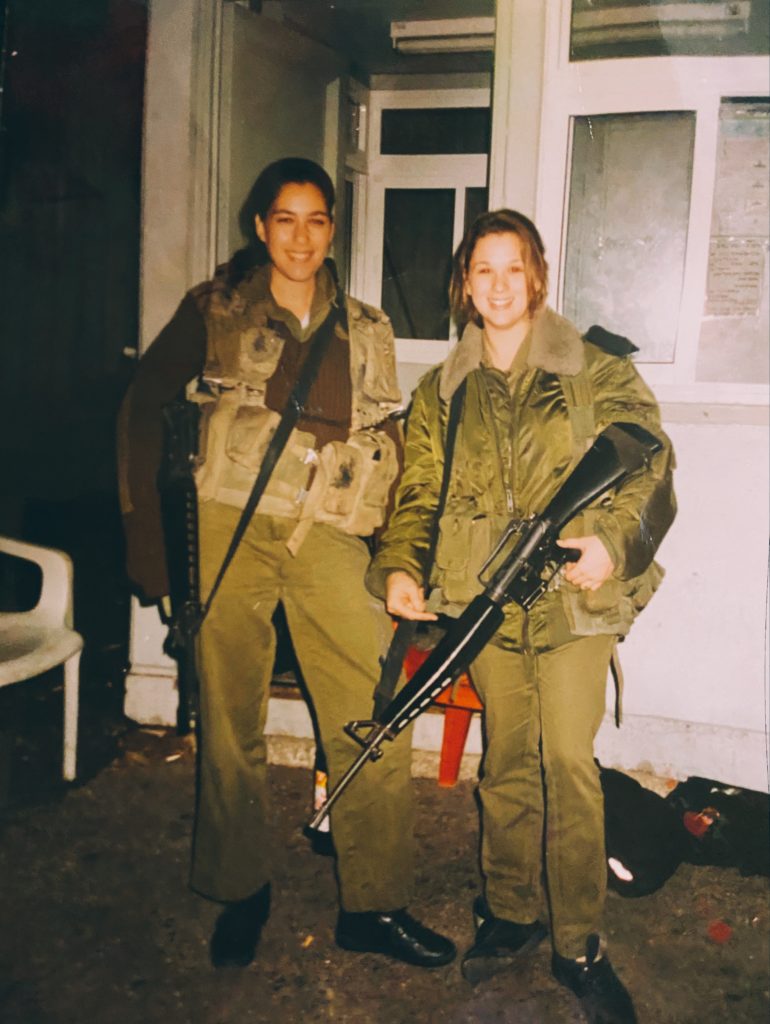 (PHOTO: Sgt Danielle Tagger-Epstein (NCO), on the right, in the Israeli Army, winter 1994. Her unit served as liaisons to foreign forces. She is holding an M-16.)

Growing up you attended the American International School in Israel and then served two years in the Israeli Army, including a year in Gaza. How did that experience impact your views on human rights?

Tagger-Epstein: We are all products of our environment and experiences. I had the privilege of attending an international school with people from many different backgrounds: with diverse religions, nationalities and socio-economic conditions. Yet we had a community that was open and inclusive and enabled us to build long lasting friendships.

Serving in the military, and in particular spending time in Gaza showed me how difficult it can be to overcome fears and prejudices to build coexistence. Whether it is finding ways to build bridges between Israelis and Palestinians or serving as a woman in the military where many instances of harassment occur, the experience helped shape my values and inform my convictions.

What other experiences impacted your view on human rights and motivated you to want to serve as HRC chair?

Tagger-Epstein: I am first generation born in the US. My mother was born in a Displaced Persons’ camp after WWII and she came to this country as a young child. Most of our family perished during the Holocaust. My father’s side of the family were educators and rabbis. Perhaps it is the confluence of these factors that have driven my beliefs.

Most people have followed the recent Black Lives Matter and LGBTQ+ activity and news in Rye and around the world. What is your prescription for residents, community leaders and activists, and how can the HRC act as a resource?

Tagger-Epstein: The Black Lives Matter movement is a response to real inequalities that exist in our society.  While we live in a wonderful community, we are not immune from these challenges.  This is why more than 1,000 people came out to participate in the BLM rally in Rye on June 13th.  This was a starting point for our conversations about racism and bias in this community. Our hope is to continue these conversations and support positive change.

For any residents that have experienced victimization, our website has a complaint form that residents can complete and submit. We will respond to those complaints and take them seriously.

It is exciting to see members of our community taking an active interest in making change happen, asking tough questions and holding community leaders accountable.

As Congressman John Lewis said “Never, ever be afraid to make some noise and get in good trouble, necessary trouble.”

How long is the road ahead?

Tagger-Epstein: I wish I had an answer for that. I do believe that when people speak out against injustice their voices are amplified. Also, that the best way to speak out is through our vote.  Voting is a fundamental Human Right which everyone over the age of 18 should exercise. It is the most effective way to hold leaders accountable and bring progress.

How does someone support the work of the HRC?

Tagger-Epstein: We are keen to keep our community informed on our initiatives and activities and have an online and social media presence to share this information.

If anyone wants to participate or volunteer in HRC programs, please reach out to us at humanrights@ryeny.gov.  We hope residents stay engaged with us and we thank them for the support that has once again made the Human Rights Commission an important voice in our community.