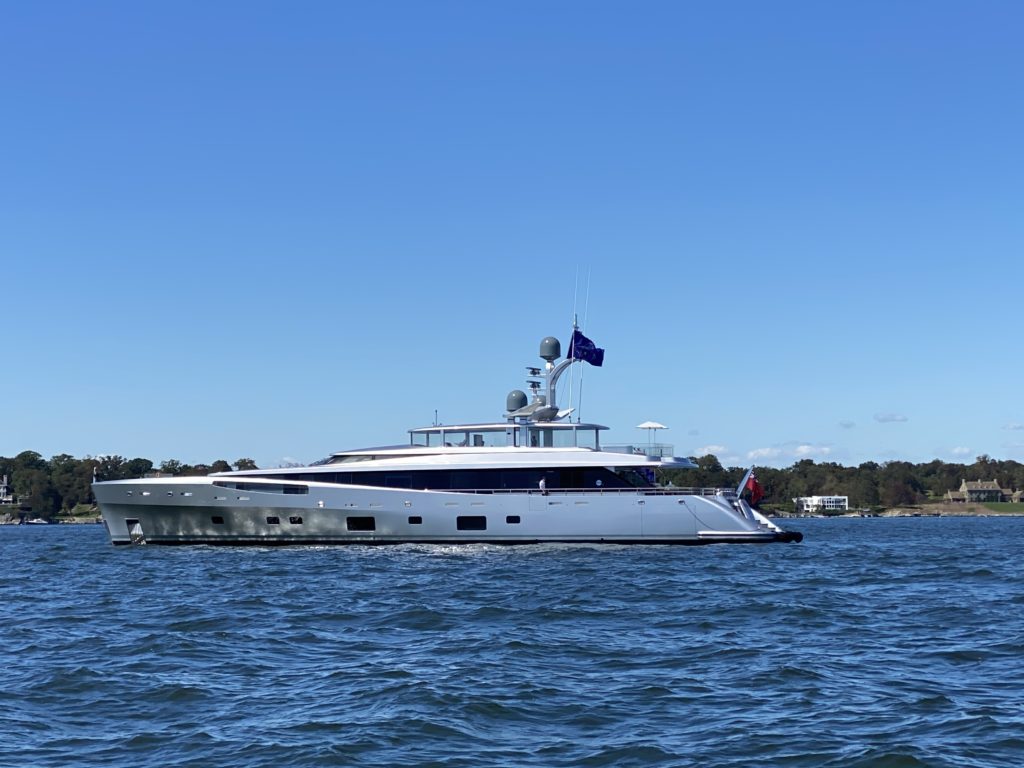 Just over two weeks ago, early on the morning of August 20th, the mega yacht Lady May was boarded by the US Coast Guard and Federal agents, who arrested and removed the political operative Steve Bannon and charged him with fraud in the We Build a Wall Campaign.

(IMAGE: Bannon with Chinese billionaire Guo Wengui on the Lady May.)

On Saturday, the Lady May sat anchored within a flare gun’s reach of North Manursing Island at the opening to Port Chester Harbor and just on the Connecticut side of the NY/CT state line. The yacht is owned by “self exiled” Chinese billionaire Guo Wengui (who also goes by the names Guo Wen Gui, Guo Haoyun, Miles Guo, and Miles Kwok, according the Wikipedia. He is one of the richest men in China and fled to the US in 2014. 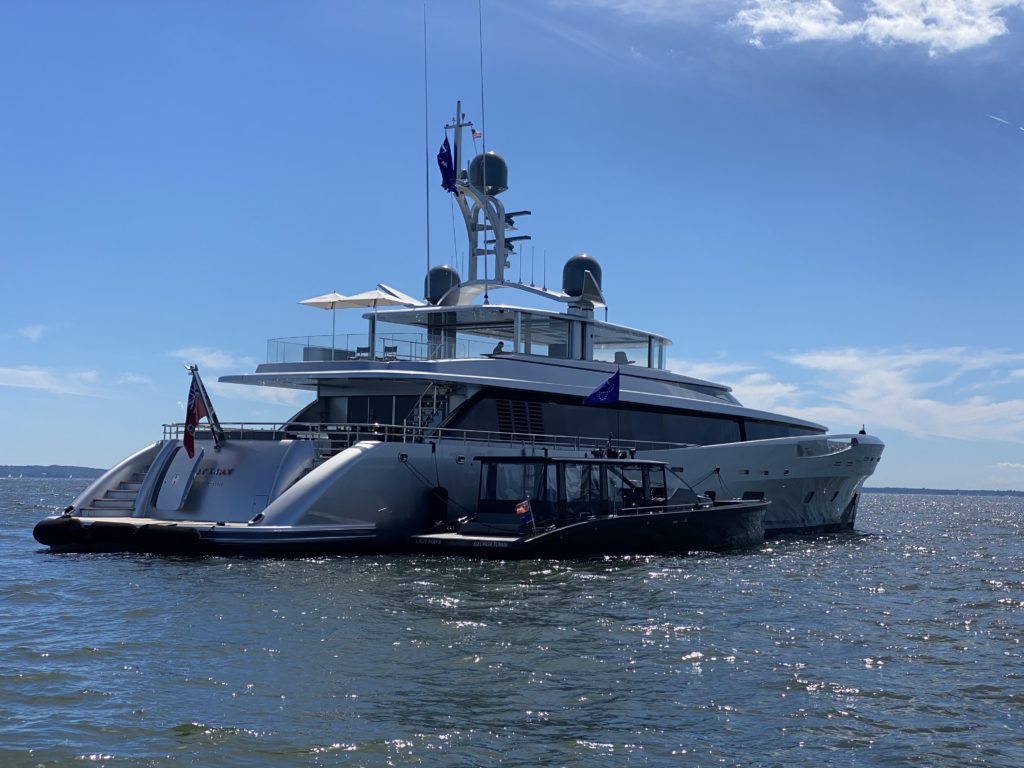 The 151’6” Lady May was built by the Dutch builder Feadship in 2014 and originally launched as Como. The yacht was originally owned by New Zealand businessman Neville Crichton. The boat features a raised pilothouse. She can accommodate ten guests across five cabins as well as eight crew.

Lady May joins the other recent mega yacht sightings of So Nice and Utopia IV off Rye. 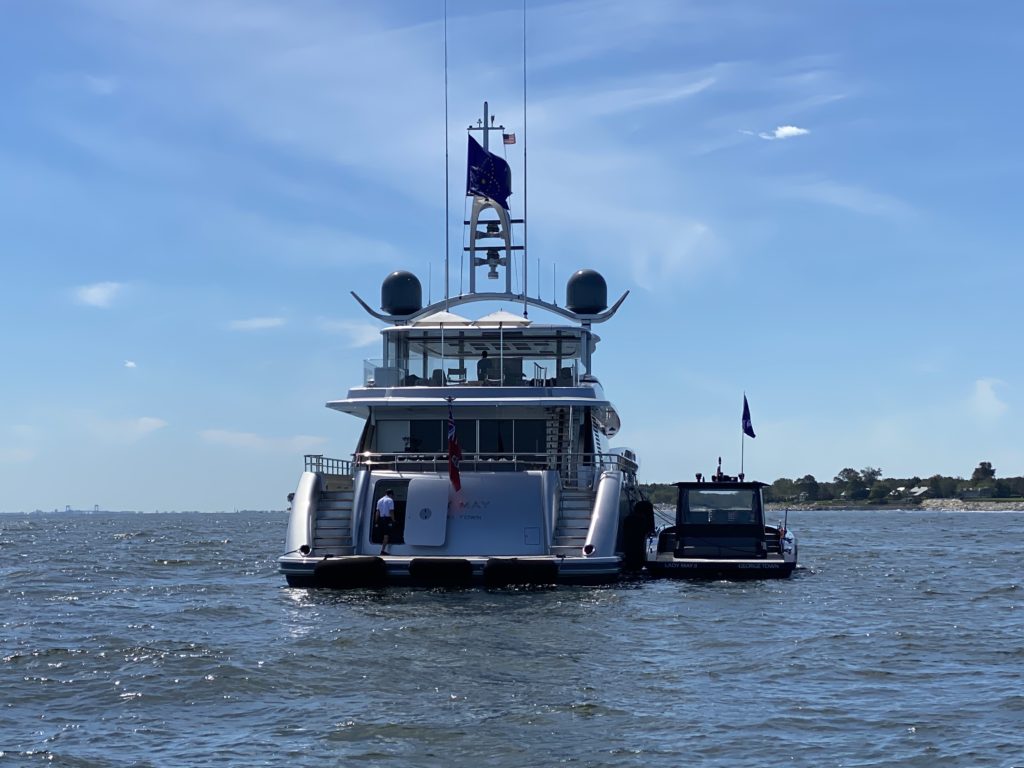