TRANSCRIPT: NYS Senator Mayer at the City of Rye 9-11 Ceremony 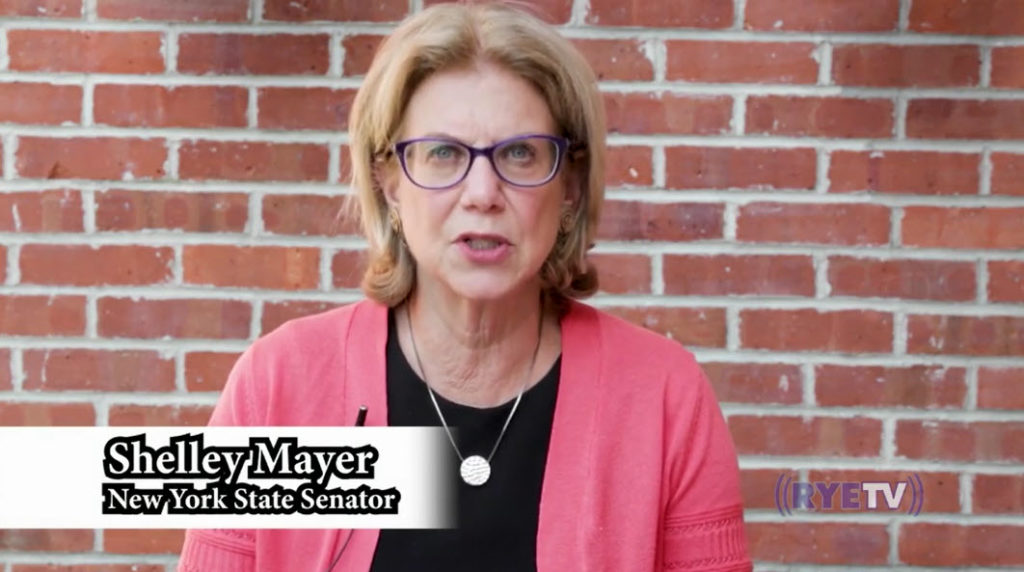 The following is a copy of NY State Senator Shelley Mayer’s remarks from the City of Rye 9-11 Ceremony. You can see the full video and schedule of speakers here.

State Senator Shelley B. Mayer
Remarks at Rye Memorial for 9-11

19 years ago, on this date, for me, and for millions of Americans, the world changed. While we gasped in horror and disbelief as the Twin Towers fell, life changed forever for our nation, for our neighbors and for our friends. Fifteen Rye residents lost their lives that day, and today we honor their memory. Their loss is a void that will never be filled – and never be forgotten.

Each of us remembers that awful feeling of dread as the day unfolded and we realized it was not an accident but an attack on our nation. We realized that our feelings of security and innocence were no longer justified. Yet for 15 Rye families, that dread was even more terrible. For them, the loss was not general – it was all too personal.

In reading the NY Times story of September 23, 2001, about the impact of 9-11 on Rye, Robert Martin was quoted as saying about these men, “These were guys on the doorstep of life. They had finally made it. They’d been knocking on the door, and now they were about to join the party.” Martin captured that terrible feeling when young men, entering the prime of their careers, deeply engaged with young families, and active community lives in vibrant cities like Rye, were suddenly gone in an instant. They were truly “on the doorstep of life”.. and “about to join the party.” Our hearts are broken by their loss.

That message of care and sacrifice continues still, every day for our first responders. I distinctly remember the lines of firetrucks and police cars, from volunteer and paid departments from the entire New York community, coming down the West Side Highway to enter into harm’s way. No one stopped to ask – should I go? No one stopped to ask – is there someone I know at risk? They jumped in their trucks, their police cars, their ambulance vans, and they barreled down there, because they were needed. These first responders paid a terrible price for their actions – so many have gotten sick, some have died. We remember them today as well, even if the drastic result of exposure was months or years later.

Yet in the face of it all, these first responders continue to jump in and say, “where, when and how can I help?” Every day, our police officers, firefighters, and EMTs step into harm’s way, without a question or debate. They do it out of loyalty, patriotism, sacrifice and empathy. We owe them our deepest gratitude, and we cannot forget their sacrifice.

Today, on this solemn anniversary, let us learn the lessons of that fateful day and remind ourselves – not only of the terrible loss of 15 Rye residents – but of the love and support of this family, this community, for them and their families. In our sadness, let us take that away.