PRIDE Flag Will Fly in Rye “This Year and Every Year” 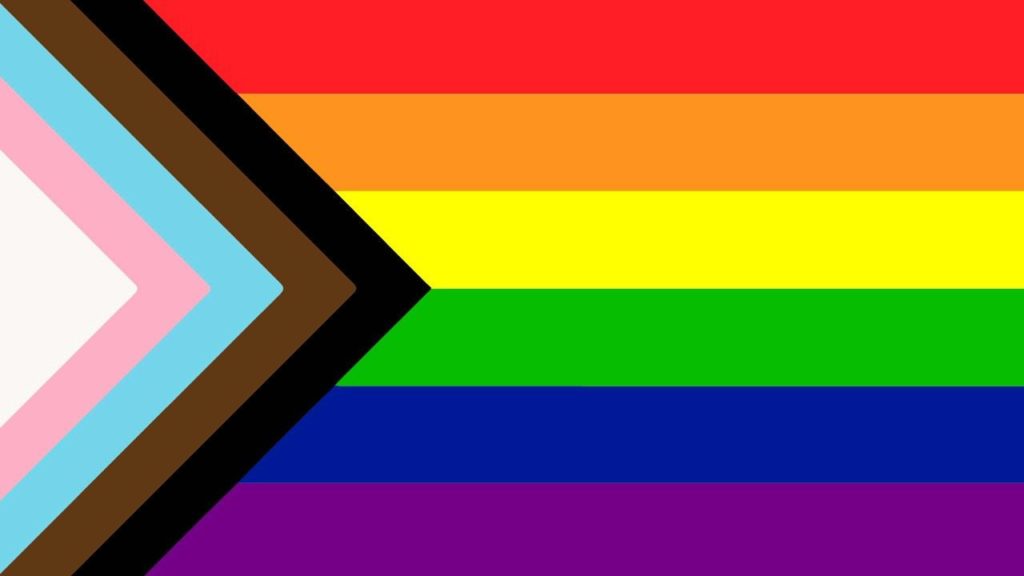 In the end, after prodding & politics, the Rye City Council voted by unanimous voice vote on Wednesday evening to raise the PRIDE flag in June, this year and every year. The moment represents a new milestone after the council balked at a flag raising in 2020 but granted a PRIDE celebration on the village green.

Rye Mayor Josh Cohn, who came under some criticism for delayed decision making and then what seemed like support tied to his fall re-election campaign, proclaimed his support for the Pride community “I remain as I was before a supporter of the LGTBQ+ community in Rye, though I would say that some in that community or the other supporters of that community have failed to understand how one that is a city fiduciary might need to discharge that responsibility at the same time as he remains an ally.”

The Pride flag will fly above Rye City Hall and at a location to be determined at Rye Recreation. Many council members and members of the public spoke about the difficulties of the journey to date, the milestone of the June flag raising and the ongoing battle for community acceptance.

“I want to acknowledge the tenacity and courage of our young citizens for their advocacy and for remaining steadfast in their desire to see a Pride flag raised and flown,” said Councilwoman Sara Goddard, who last meeting was the sole vote against the spending funds on outside legal council for an opinion on flying the Pride flag. “We have much to learn and admire in them.”

“The outpouring of support that the Pride flag raising has received has been really inspiring,” said Rye High School GSA member Fiona Degnan. “And making the decision to raise the Pride flag in June is just a really wonderful step towards a more accepting community.”

The city resolution is as follows:

Resolution of the City of Rye

WHEREAS, individuals who are lesbian, gay, bisexual, transgender, and queer (“LGBTQ”) include people of all faiths, races, national origins, ethnicities, socioeconomic statuses, education levels, ages, abilities, and political beliefs; and

WHEREAS, throughout much of history, same-sex relationships and transgender people were criminalized, and many LGBTQ people were forced to hide their LGBTQ identities while living in secrecy and fear; and

WHEREAS, LGBTQ people face barriers to employment, housing, education, healthcare, and other areas fundamental to the pursuit of happiness; and

WHEREAS, LGBTQ people labored to achieve significant milestones, to ensure future generations of LGBTQ people the enjoyment of a more just and equal society; and

WHEREAS, despite these advances, LGBTQ people continue to face discrimination, inequality and violence, and LGBTQ youth continue to be at increased risk for bullying, violence, substance abuse, depression, homelessness, and suicide; and

WHEREAS, this month commemorates the events of June 1969 when an uprising erupted against the harassment of LGBTQ individuals in New York City at the Stonewall Inn; and

WHEREAS, despite being marginalized and erased, LGBTQ people continue to celebrate their identities and contributions in expressions of pride; and

WHEREAS, June has become a symbolic month in which LGBTQ people have gathered in celebrations of pride to foster inclusion, affirmation and joy; and

WHEREAS, the City of Rye has previously resolved to uphold and protect the civil and human rights of all individuals, and to condemn acts of hatred against all people, including the LGBTQ community; and

NOW THEREFORE, BE IT RESOLVED

The City of Rye declares June to be LGBTQ Pride month, this year and every year, to raise a flag to recognize the LBGTQ community, to actively promote the principles of equality and inclusion; to celebrate the contributions of the LGBTQ community; and to reflect on the struggle for equal rights that the LGBTQ community endured and continues to endure.

That the City Council adopt the following resolution:

WHEREAS, the City Council recognizes that the LGBTQ+ community has been disenfranchised and subjected to discrimination; and

WHEREAS, the City Council desires to show its unity and support for the LGBTQ+ community; and

WHEREAS, the rainbow-colored “pride flag” expresses a message in unity and support of the LGBTQ+ community; and

WHEREAS, the City maintains and controls a flagpole located on City property at City Hall and Rye Recreation,

IT IS HERBY RESOLVED, during June this year and every year, the City of Rye shall display the Pride flag on its flagpole over the entrance to Rye City Hall and at a place at Rye Recreation to be determined by City staff other than the existing dedicated flag pole.

Rye Guy and Westchester County Boss George Latimer got his flu shot and COVID Booster on Tuesday, encouraging others to do the same. “As we...
Read more