Rye Boys Varsity Football traveled to Poughkeepsie Saturday to send the Our Lady of Lourdes Warriors further upstream in the team’s season opener.

The Garnets took the win 27-12. “It was a great test for us today – it was a physical win,” Rye Boys Varsity Coach Dino Garr told MyRye.com. “Caden is Caden, he did a great job running the ball and we found some guys that can catch the ball. On defense, Ryan Surhoff was outstanding, (as well as) Carter Barford and Jack Garnet.

Rye is schedule for its first home game next Friday, September 10th at 7pm versus the Clarkstown North Rams. “I don’t know if we are going to be at home, I don’t know what’s going on,” Garr said referencing the havoc caused to Nugent Field by Hurricane Ida.

Cheer also had its season debut along the Hudson. “Rye Cheerleading kicked off the season and cheered the boys to their first win,” said Rye Girls Varsity Cheer Coach Melissa Marsden. “We were missing a few girls due to the holiday weekend but we were still able to put on a great half time performance. The girls and I are looking forward to the first home game next Friday!” 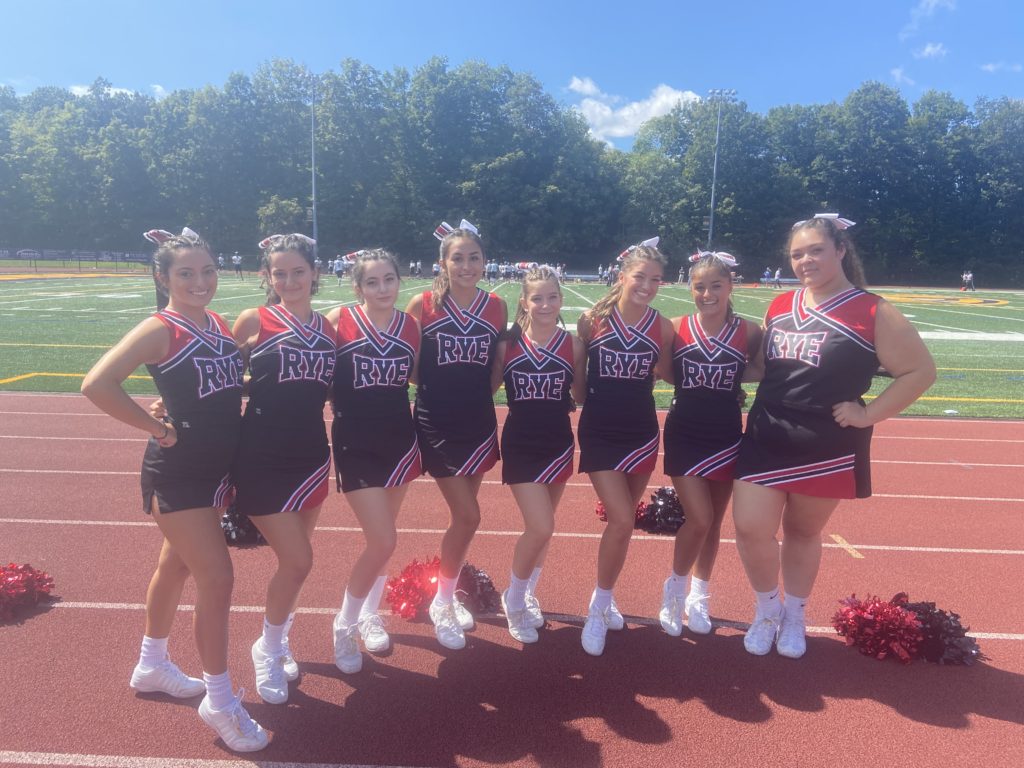