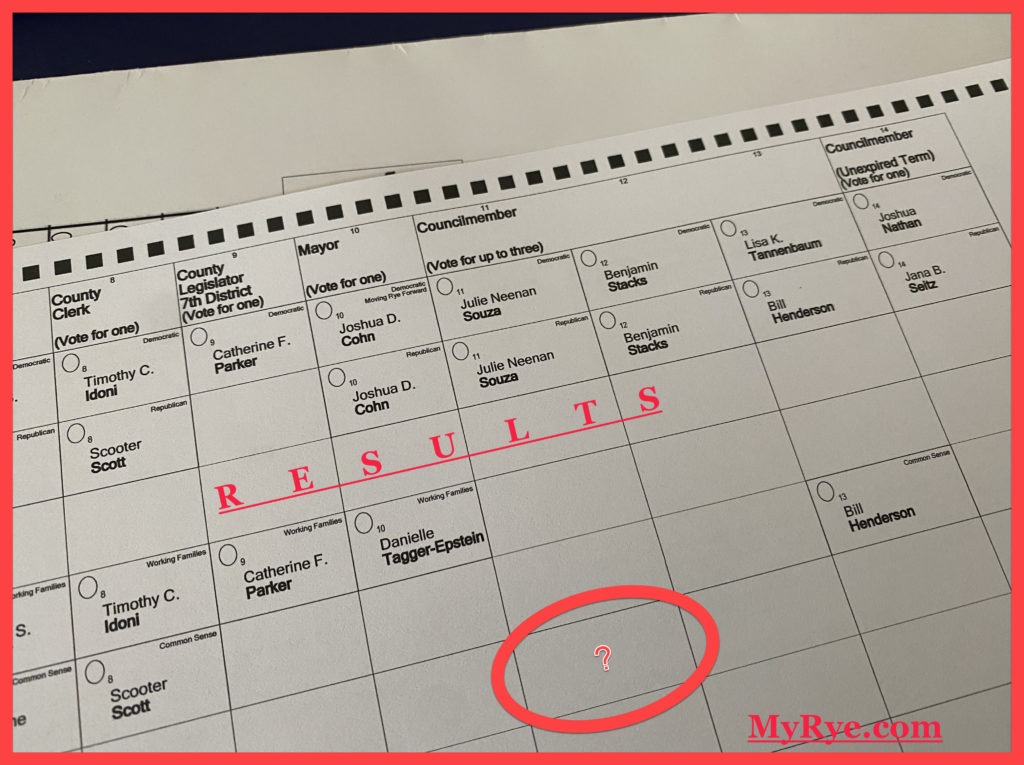 Eyes remain on the Jana Seitz – Josh Nathan race for the one (1) available partial, two-year term to fill Pam Tarlow’s council seat. On Wednesday afternoon, the Jana Seitz for Rye Committee called for the counting of an expected 140 or more absentee ballots before a winner is determined. The absentee count could take an additional week to resolve itself.

“I want to say well done to Josh Nathan on his efforts but also to say that the fight is far from over,” said Seitz in a prepared statement from her campaign. “With only 18 votes separating Josh and myself and more than 140 absentee ballots to be counted this contest has a few more rounds to go. I am calling for an accurate count of each and every legally submitted absentee ballot to make the final determination. I think the voters of Rye deserve no less.”

Seitz’s opponent Josh Nathan, who remains up 18 votes in the current unofficially tally, has not made any public comment.

Other local races are settled. “On behalf of Josh and Ben and me, we are grateful for the confidence Rye has placed in us,” said Councilwoman Julie Souza on behalf of the Moving Rye Forward team, all incumbents. “We look forward to working with our new colleagues to continue the work we have started.”

Bill Henderson has secured the third available full, four-year term on council. His opponent Lisa Tannenbaum acknowledged the win in the early hours of Wednesday morning.

The current unofficial tally of from the Westchester Board of Elections remains as follows: