From White Plains Hospital: New Developments in Asthma Can Help You Breathe Easier 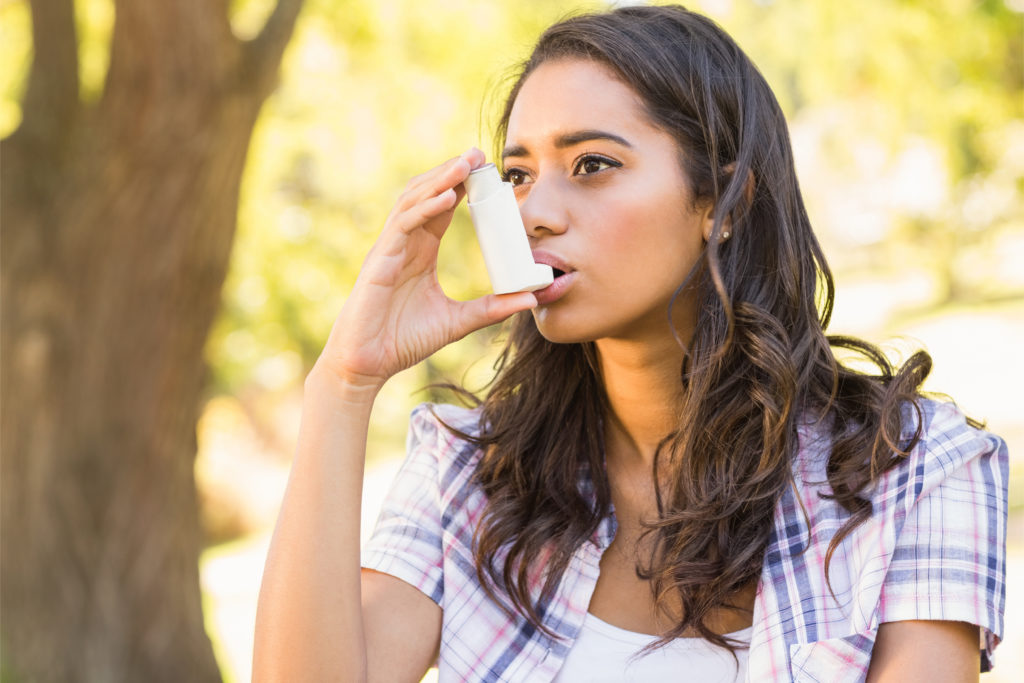 We are living in an exciting time when it comes to new developments in the treatment of asthma. Researchers are steadily coming up with approaches to the disease, and new medications are becoming available to help alleviate what is one of the world’s most common chronic respiratory diseases.

In fact, asthma and other allergy cases in general continue to rise. One interesting theory about why this is is known as the hygiene hypothesis, which maintains that early childhood exposure to certain microorganisms can protect against allergic diseases by helping to develop the immune system. The hypothesis in effect holds that a “too clean” environment can have a negative effect on a child’s immune system, leading to an increased susceptibility to a variety of conditions, including allergies and asthma.

There are different types of asthma. Extrinsic asthma is caused by an allergic reaction, especially a chronic one, to such factors as seasonal changes (typically in the spring and autumn), dust mites, cat dander and the like. Intrinsic, or non-allergic, asthma can be brought on by stress, anxiety, and smoke, among others.

In addition, asthma cases can be divided into four basic groups:

Unfortunately, an actual cure for asthma remains elusive. Some children outgrow the disease; some adults develop it later in life. Either way, there are some recently approved medications that can help asthma sufferers of any age find the relief that they’re after.

Last October, the FDA approved dupilumab for children aged 6 to 11 with moderate to severe asthma. Taken by injection under the skin – it can be self-administered — the medication can help prevent severe asthma attacks and improve breathing. It has also been proven to be effective in treating eczema and nasal polyps.

In December, the FDA approved tezepelumab for asthma patients aged 12 and over. It promises better breathing and improved lung function, better control of asthma symptoms, and fewer asthma attacks. Its developers go so far as to tout it as “the first and only treatment for severe asthma that is not limited to a specific type.”

There are also several other asthma medications in the pipeline, which are expected to gain FDA approval over the next four to five months.

In addition, the rise of smart inhalers is also cause for excitement among asthma sufferers, and for anyone who uses an inhaler. What makes the inhaler “smart” is its sensor technology, which depending on the app used, records via Bluetooth such data as time and date of use, the patient’s location, and even the location of a misplaced inhaler. The data can then be accessed remotely by the patient’s doctor, in an effort to maintain consistency and to quickly determine if an adjustment to the regimen is necessary.

Whether we ever find a formal cure for asthma remains an open question. But with these latest developments – and the promise of more in the future – there is certainly cause for hope.

Dr. Kirk Sperber specializes in internal medicine and allergy & immunology at Scarsdale Medical Group. He is also a clinical associate professor of medicine at New York Medical College in Valhalla. He sees patients at 600 Mamaroneck Avenue in Harrison. To make an appointment, call 914-723-8100.

Helping Hands, the local service organization, is looking for your help this week to fill over 2,000 school backpacks for those in need. Volunteers...
Read more
Art in Rye, NY