Originally called Pequot Path by the Indians, the the Boston Post Road was re-named by the Colonists. It was given the name Boston Post Road since it was a series of post roads designed to deliver mail and serve as the primary road from Lower Manhattan to Boston.

Benjamin Franklin, a founding father of the United States, who served many roles in American history, had mile stone markers fixed along the road in 1763 while he was Postmaster General. Many of the original milestones are still in place. One milestone is viewable along the Post Road in front of the Jay House. 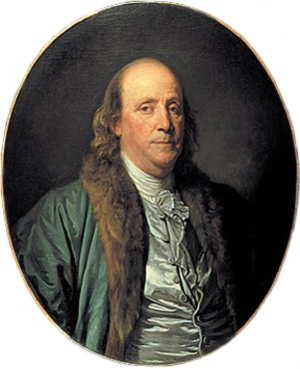 Why did Franklin have mile markers installed? Did he have to go before Brian Dempsey’s Traffic and Transit Committee or the Rye City Council with a petition signed by neighbors? According to the Associated Press:

"Franklin was put in charge of the colonial postal system by the British government in the mid-18th century. His first challenge: overcoming the suspicions of his Yankee customers, who were sure they were being cheated on postage that was assessed by the mile.

So in the summer of 1753 Franklin set out on the Boston Post Road in a carriage with a homemade odometer attached to the wheel. Every mile a stake was driven into the ground. A crew followed behind, setting stone markers."