In a remarkable turn of events, Rye City finally seems to give a cr*p about Hen Island.

In letters to Kuder Island Colony, Inc.(the cooperative that owns the 34 homes on the island) and the Westchester Division of Environmental Health, Rye City officials discuss actual and alleged health, environmental and building code violations on the island. For issues under their jurisdiction, the city has demanded remediation. Excerpts from the letter and the actual documents are below.

Attention to the Hen Island and allegations of leaking sewage into Long Island Sound has been brought to life by island homeowner Ray Tartaglione and Mr. Floatie, a seven foot turd that serves as the mascot of Tartaglione's advocacy group, Heal the Harbor. The island, sans its problems, is a remarkably beautiful place in Rye's Milton Harbor. 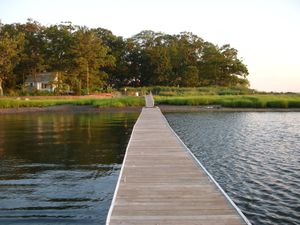 Still, Ben Minard, the president of Kuder Island Colony, issued fighting words about Tartaglione in an email to fellow Hen Islanders on April 14th. Tartaglione has had a contentious relationship and ongoing legal battle with fellow homeowners for years. In Minard's email he says:

"Today, we were notified that the City of Rye has issued a violation against Hen Island based upon their visit to the island on April 1st, 2009.  As you will recall from our shareholder meeting on April 7th, the Board informed you that the Island was under attack by Mr. Tartaglione and that he was making every effort to damage the Corporation and through it, you the shareholders. In support of that, I am forwarding to you for your review a copy (below) of the spiteful and scurrilous accusations that Mr. Tartaglione is making against your individual cottages.

On Wednesday evening, April 15th, members of the board will be at the Rye City Council meeting to represent us. Any of you who would be interested in attending, would be more than welcome, to support the Island and your corporation."

In a letter to Kudder Island Colony on April 8, 2009, Rye City's building inspector Vincent Tamburo itemized at least eight violations across many of the homes on the island. These violations, all under Rye jurisdiction, include fire code violations around the unsafe storage of propane tanks, structures in need or repair and possible structural issues with four of the homes. The letter concludes:

"You are hereby notified of the above conditions and are directed to correct them immediately. A follow up inspection will be necessary.

It is sincerely hoped that further action by this department will not be necessary and that you will cooperate in correcting these conditions."

The Second Letter to the Westchester Division of Environmental Health

In a second letter to Deputy Commissioner Leonard Meyerson of the Westchester Division of Environmental Health dated April 9, 2009, Rye's acting city manager Frank Culross forwards a three page list of "alleged violations… submitted to us by Mr. Ray Tartaglione". It references the April 8th letter (above) and notes that many of the matters are under the jurisdiction of Westchester County. The letter says "We respectfully request that your agency undertake a review of these matter under your jurisdiction and take whatever action you deem appropriated." 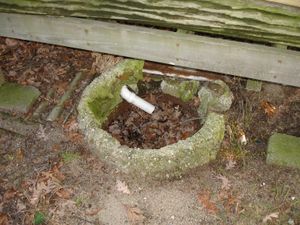 The most serious allegations are under county jurisdiction including improper sewage controls, rodent infestations, lack of potable water and mosquito infestations. According to Tartaglione, Deputy Commissioner Leonard Meyerson has been completely unresponsive in the past.

Tartaglione told MyRye.com "Although the city of Rye has written violations that are very significant the sewage and potable water issues have not been addressed as of yet. I do commend the City for taking a giant forward step in rectifying the Hen Island conflict and hope that we can continue the forward motion. Hopefully Deputy Commissioner Lenny Meyerson and the Westchester County Department of Health will also reconsider their previous position. Should he refuse to do so, the city of Rye has the authority along with the laws and codes to force compliance should the health commissioner fail once again."

Read both letters yourself. What do you think? Leave a comment below. 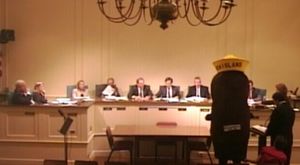 Item number 10 on the city council agenda for Wednesday night (April 15, 2009) is an update on Hen Island. It is the council's chance to finally flush Mr. Floatie away (after proper and environmentally safe treatment, of course).