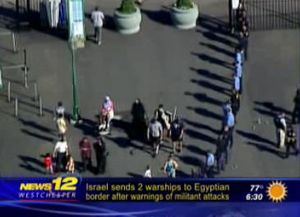 Nine law enforcement groups and a reported 60 police cruisers responded to reports of a "riot" at Rye Playland Tuesday afternoon after a group of Muslim women were denied access to rides because they were wearing traditional Muslim headgear, call hijabs.

"Police from at least nine other agencies converged on the park beginning at 3 p.m. after county police sought assistance in responding to the disturbance, which involved about 30 to 40 people. Twelve men and three women were arrested, mostly for disorderly conduct, and two park rangers were injured, authorities said. Two people were charged with felony assault after, officials said, they attacked park rangers. 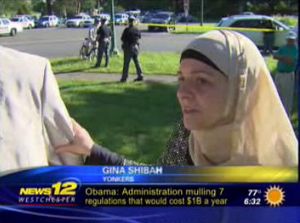 The park was crowded with Muslims celebrating Eid-ul-Fitr, one of Islam's two major holidays. Most were from community groups around New York City as part of a day-long event arranged by the Muslim American Society of New York.

Parks officials had “painstakingly” told the organizer about the headgear ban, said parks spokesman Peter Tartaglia, but he said that the rules might not have been communicated by the organizer to some attendees. The ban was implemented about four years ago to keep hats and other head coverings from landing on tracks and derailing rides. (see full story)"

The 94th year of Playland and the first year under the direction of Standard Amusements will come to a close this weekend. To celebrate...
Read more
Playland

Playland Beach goes to the dogs on Saturday, October 8th. Ask any dog owner in Rye and Playland Beach is a favorite dog destination through...
Read more
Playland

Rye Playland is offering all guests junior pricing on Labor Day, even all you adults. On Monday - Labor Day - all tickets will be sold...
Read more