MyRye.com has invited all city council candidates to complete a Q&A for our readers this week. The election is next Tuesday, November 8, 2011. Today we introduce you to candidate Laura Brett: 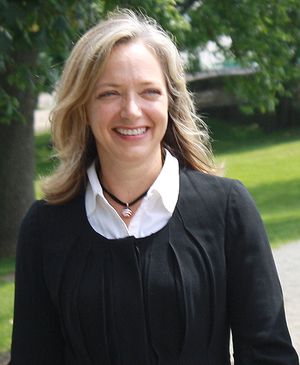 What are the three most important issues for Rye in 2012?

What current issue in Rye gets more than its fair share of attention?

Every issue raised by Rye Residents deserves the attention of the City Council.

Which of the current Rye Playland alternatives do you favor?

I favor Sustainable Playland’s proposal at it meets each of the requirements set forth in the City’s 6 Resolutions regarding Playland.  It preserves the historic site plan, buildings and rides at Playland (so we get to keep part of our amusement park), as well as being environmentally and financially sustainable. Further it preserves open access to the park, even adding badly-needed field space, and it is consistent with Rye zoning of the area. Finally, it incorporates the recently approved Children’s Museum.  Because the County controls Playland, I believe it is essential that Rye unite behind the City’s 6 resolutions in order for us to have any influence over the future of Playland.

Beyond efficiencies through shared services, cooperation with non-profits or other initiatives, should Rye City consider reductions in various service levels to reduce expenditures?

Yes, but only if and to the extent necessary. If sufficient savings are achieved through the items you mentioned – shared services, cooperation with non-profits and other initiatives to be further developed – it is entirely possible that no cuts to service levels would be required.  On the other hand, we need to keep every possibility “on the table” as part of the process of ensuring that our government is affordable.

How did you come to run for Rye City Council?

It was suggested to me a few times that I should consider running for City Council, and although I thought it would be great to serve on the City Council, I did not like the idea of promoting myself during the election process. After watching Joe Sack’s documentary, “The Council Project” I decided that I consider myself an advocate for Rye and that the best way to advocate for Rye would be to serve on the City Council – and that going through an election is a worthwhile and necessary part of the process.  The City Republican Committee approached me at the right time – shortly after watching the documentary — and when they officially asked I said yes.

What Rye citizen (non-elected official, non-city employee) do you hold as a role model for the rest of us vis-à-vis their contribution to the city and its social fabric?

Edith Read is a great role model for Rye. She was an early advocate for flood mitigation projects in Rye. She was also responsible for saving the open space that we now know as the Rye Nature Center, The Marshlands Conservancy as well as the Edith Read Sanctuary.  She was a Rye advocate who got things done.  (Edith Read died in 2006 at the age of 102.)

My family and I live in the Milton Point area, near the marina.  The street address is 661 Milton Road.

How long have you lived in Rye – since what year?

After 7 years in Larchmont, we moved into our house in Rye in January, 2002.

I am an attorney.

If your co-workers (from your day job) were to describe you in a single word, what word would they use?

Right now I work for myself, so I’d describe myself as busy.

As a young person, what was your first paid job?

I was a lifeguard and swimming instructor.

Tell us about your family.

My husband of over 20 years, Kirk Brett, is a commercial bankruptcy lawyer and a partner in the New York City firm of Duval & Stachenfeld. Some members of the Rye community might know him from the pro bono work he did for the Twig in connection with the bankruptcy of United Hospital. Others might know him from his years of coaching girls’ soccer and lacrosse. We have three daughters – a 16 year-old junior at the Convent of the Sacred Heart, a 13 year-old 8th grader at Rye Middle School and an 8 year-old 3rd grader at Milton School.

What’s your favorite Rye area restaurant for “date night” with your partner?

Different date nights have different moods, so it’s hard to pick a favorite.  We are probably most often at either Ruby’s or the High Street Roadhouse.  On our anniversary, we usually splurge at La Panetiere.

What’s your favorite Rye area restaurant for take-out or delivery when you are having dinner at home with your family?

We are big fans of Piazza.  The food is great, and the delivery is reliable and quick.  Piazza also does a lot for the community.

Where might we find you on a Sunday morning?

That depends upon when you have in mind – we often go for a family walk through the Marshlands, and in the winter we usually go skiing (my daughter is a ski instructor).

What is your political affiliation?

Republican – and my Best for Rye team has also received the endorsement of the Independence Party.

Despite my husband’s love of the Mets, and the rest of Rye’s love of the Yankees, I am a Cubs fan.  (My family is originally from Chicago, and I grew up there until age 10 or so.)