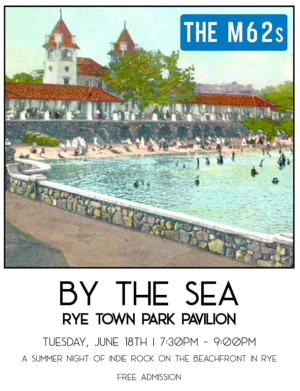 With lead singer Simon Bradley at the wheel, the Rye-based band rides with 7 members – 2 singers, 2 guitarists, a bassist, keyboardist and drummer.

They are a bit of a united nations, with members from the US, UK, Ireland, France and Canada. They all now live in Rye, and they have been playing together for 2 years at venues around Westchester and Connecticut.

The Band’s name – The M62s – comes from a 107 mile British roadway that crosses the country from east to west – the area where some of the band members are from originally – the trans-Pennine. The band‘s musical tagline is 'indie rock from both sides of the pond'. They play covers by bands like U2, The Killers, Rolling Stones, Red Hot Chili Peppers, and Coldplay.

Food is also available at the Barley Beach House. 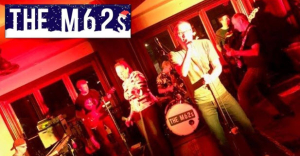